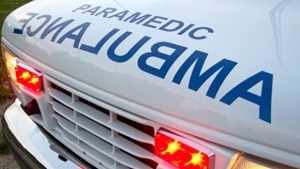 A female pedestrian has been seriously injured in a hit-and-run downtown Friday afternoon.

It happened in the area of Sherbourne and Earl streets, south of Bloor Street East.

Toronto Paramedic Services said an elderly woman was transported to a local hospital with serious but non-life-threatening injuries.

Police said they are searching for the driver of the vehicle who fled the scene.

The vehicle is reportedly described as a white van and was seen heading towards Gerrard Street.