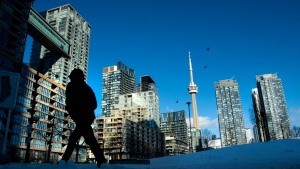 The federal budget tabled by the Liberals on Monday includes a stick targeting non-Canadians who own vacant properties.

Included in Monday's budget, the first of the pandemic era, is a proposal for a new tax that would target foreign owners who leave property sitting empty through a national one per cent tax on the value of non-resident, non-Canadian owned residential real estate considered to be vacant or underused.

The “Tax on Unproductive Use of Canadian Housing by Foreign Non-resident Owners” would be levied annually starting in 2022 and would bring in an estimated $700 million between 2022 and 2026 according to federal projections.

Starting in 2023, all owners of residential property in Canada, aside from Canadian citizens and permanent residents, would be required to file a declaration with the CRA detailing each property they own.

Owners would be able to avoid the tax if their properties are leased out for a minimum period during the calendar year.

Such a tax would likely come as welcome news to residents in Toronto and Vancouver, where vacancies have been very low in recent years while home and rental prices have skyrocketed.

While the pandemic threw cool water on Canada's hottest housing markets, there have been recent signs that they are once again picking up steam.

In Toronto, city officials have been studying a possible tax on vacant properties, with a staff report due in the coming months.

It is not yet clear how the proposed federal tax would affect Toronto's plans to tax vacant properties.

In a statement released Monday evening, Mayor John Tory praised his federal counterparts for a “budget that works to help people and businesses get through this pandemic,” but did not specifically address the new measure.

The government said it plans to reach out to stakeholders in the coming months to give them an opportunity to comment on "further parameters of the proposed tax" such as the definition of residential property, the value on which the tax would apply, how the tax would apply where a property is owned by multiple individuals, enforcement and potential exemptions.

The government will also examine whether the tax would apply in smaller, resort and tourism communities.

In a statement Monday, the Ontario Real Estate Association, which represents real estate agents in the province, praised the Liberal budget’s efforts to reduce some practices that lead to unfair competition in the market.

“Money laundering is a multibillion-dollar problem in Ontario’s housing market, crowding out hardworking families looking to achieve their dream of one day owning a home,” OREA said in its statement. “Our province’s Realtors do not want to see a single dollar of dirty money competing against hardworking young families in our housing market.