Female patients in Ontario have 30 per cent greater risk of death after operation by male surgeon: study 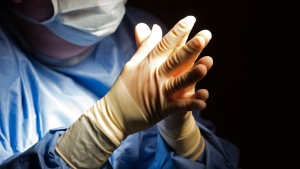 A doctor prepares for a surgical procedure at a hospital in Washington on June 28, 2016. THE CANADIAN PRESS/AP, Molly Riley

An Ontario-based study has found that female patients have a 30 per cent greater risk of death after a surgery performed by a male physician.

The study, which was published in the medical journal JAMA Surgery in early December, looked at 1.3 million adult patients who underwent one of 21 common surgeries in Ontario between 2007 and 2019. The data showed there was “a small but statistically significant increased likelihood of adverse postoperative outcomes” in patients operated on by doctors of the opposite sex, particularly for female patients.

“Interestingly, we found that for male patients, it didn't matter whether their surgeon was male or female, they had equivalent outcomes,” Dr. Christopher Wallis, a urologic oncologist at Mount Sinai and the University Health Network, told CTV News Toronto.

Wallis said that four years ago, he took part in a related study that found patients treated by female surgeons did “somewhat better” than those treated by male surgeons; however, the difference was relatively small. He said that a study out of Florida showing there was an interaction between the patients’ and physicians’ sex when it came to heart attacks inspired him to look into this topic further.

Dr. Angela Jarath, a cardiac anesthesiologist with Sunnybrook Health Sciences Centre and co-author of the study, said that it’s also important to note only about 10 per cent of the surgeons studied were female.

“The sector is completely male-dominated,” she said.

At the same time, Jarath said the authors don’t feel as if the results can be attributed to technical issues within the operating rules.

“And also the data set so large, it's unlikely to be affected by a small pocket of surgeons, that may be not as great as their counterpart,” she said. “I think it's really important for everyone to realize that surgery is just not about the procedure that happens in the operating room. That's a small part of it.”

The differences between sexes could come down to skills outside of that operating room, Jarath added.

The study itself focuses on epidemiological links, not the direct cause of adverse outcomes following surgery. Wallis said the authors anticipated some backlash after publishing the results, but hopes the research can help identify how medical professionals “can do better.”

“I see this not as condemnation of my professional career in practice, but rather, as an opportunity to be reflective and thoughtful and think about how I'm interacting with my patients and any differences in how I may need to communicate with my male and female patients in order to make sure that expectations are appropriate, that we're communicating and understanding each other fully,” he said.

“I think this is really designed to improve outcomes for all patients, and not target any individuals. That said, I think this also highlights the real value and strength that women bring to surgery.”