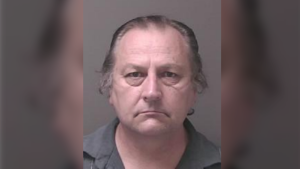 Markham resident Steven Wolfer, 58 has been charged in connection with sexual assaults against a child in York Region. (YRP handout)

A former elementary school supply teacher from Markham is facing charges in connection with sexual assaults against a child that happened over 30 years ago, according to York Regional Police.

The probe began in April after a victim told police he had been sexually assaulted on two occasions by an older man in 1989.

The victim was approximately 12-years-old at the time of the assaults, police said in a news release on Friday.

On June 4, police arrested and charged a suspect.

Markham resident Steven Wolfer, 58, has been charged with sexual assault and sexual interference of a child under 14.

Police said Wolfer was a mentor with Big Brothers Big Sisters of York Region in 1989 and volunteered with the Boy Scouts in the mid-80s.

He was also an elementary school supply teacher with the York Region Catholic School board from 2000 to 2004 and had access to children in those roles, police said.

Wolfer is set to appear in court on July 16.

Investigators are urging additional victims or anyone with information to contact the York Regional Police Special Victims Unit at 1-866-876-5423, ext.7071 or Crime Stoppers anonymously at 1-800-222-TIPS.