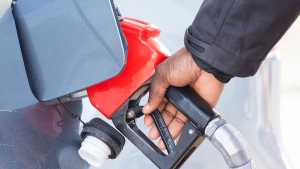 Today is a good time for drivers to fill up as gas prices are set to rise six cents in the Greater Toronto Area this weekend, and likely hit $2.10 a litre within the next week.

Drivers got some relief at the pumps on Friday as prices dropped 10 cents to $196.6 per litre in the GTA.

However, President for Canadians for Affordable Energy Dan McTeague says prices are projected to rise over the next two days.

“We're going to see a four-cent increase on Saturday and although the markets haven't settled yet, it's pretty clear that we are likely looking at about a two-cent increase (on Sunday). In other words, you got the 10 cents off today, it's going to go up between now and Sunday by about six cents a litre,” he told CP24 Friday morning.

On Wednesday, gas prices hit a whopping $209.9 per litre and McTeague says gas prices are set to top that in the coming week.

“Next week, the Americans begin their unofficial kickoff to the summer driving season. That's going to put a lot of pressure on gas prices for us here in Canada. They are really the ones to determine prices for us, they’re a large market. I would expect that we're going to be back to $2.10 a litre probably within the next week or so.”

Gas prices have been elevated since late February mostly due to fuel supply shortages amid the war in Ukraine and international sanctions that have been imposed as a result.

For the coming summer months, McTeague says the outlook on gas prices is grim partly because of impending weather issues.

“The summer looks like average prices will get to $2.15 a litre here in the GTA, and right across most of southern Ontario,” he added.