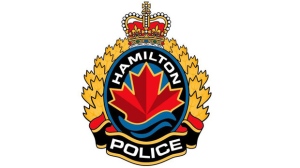 Hamilton police are investigating after a body washed up on the shores of Lake Ontario Sunday.

Police said the body washed up near the foot of Glover Road in the Stoney Creek area and was discovered on the beach at around 5:30 p.m.

There is no word so far about the age or gender of the deceased person.

Police said the coroner has been called to the scene and that is still too early to determine whether the death is suspicious.

The area where the body was found has been taped off by police as they investigate.