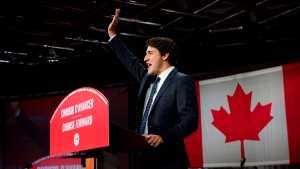 OTTAWA - Elections Canada is blaming “human error” for having left federal candidates in one southern Ontario riding waiting the better part of a day to find out who garnered the most votes in Monday's election.

Yet by Tuesday morning, those five polls still hadn't been reported, leaving the race in limbo.

Elections Canada says a document that is supposed to be kept by the polls' returning officer, breaking down the number of votes each candidate received and the number of rejected ballots, was accidentally sealed inside the ballot boxes.

Elections Canada says the five polls have now been reported and their votes did not change the outcome of the race, though the agency did not provide updated numbers on Louis's margin of victory over Albrecht.