The federal Liberals appear to have emerged victorious, but not unscathed as they claimed victory in two Toronto byelections Monday, the first time voters have weighed in on their leadership since the start of the COVID-19 pandemic.

In Toronto Centre, broadcaster Marci Ien managed to keep the Liberal stronghold red after it was vacated this past summer by former finance minister Bill Morneau’s resignation. In York Centre, the race to fill the seat vacated by former Liberal MP Michael Levitt was too close to call most of the night, but it appeared early Tuesday that the Liberals eked out a victory there as well by a hair. 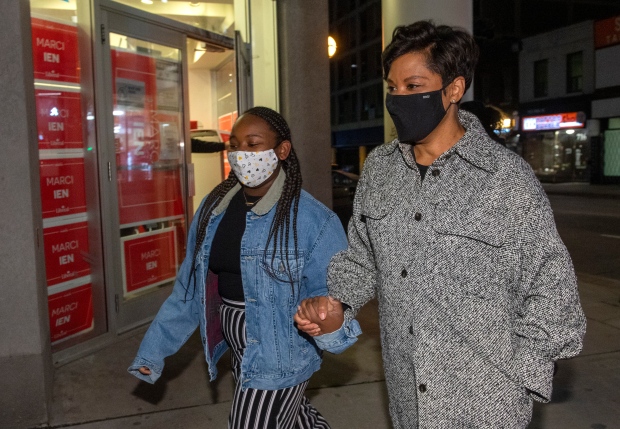 Ien won her riding with roughly 42 per cent of the vote, with 144 of 144 polls reporting, denying newly chosen Green Party Leader Annamie Paul a sought-after seat in the legislature.

In a concession speech, Paul said she was very pleased with her team’s performance and wished Ien well as the riding’s new MP. But highlighting the woefully low voter turnout, she slammed the Liberals for moving ahead with a byelection in the midst of a pandemic, calling the move “cynical” and “opportunistic.”

Just 25,203 voters cast a ballot in the riding, accounting for 30.96 per cent of registered voters.

“Everyone that wants to know what is the independent progressive option, you know in politics today, it is the Green Party who is going to show up, even in the middle of a pandemic, and make sure that there is a real option for real representation that is going to put people first,” Paul said. 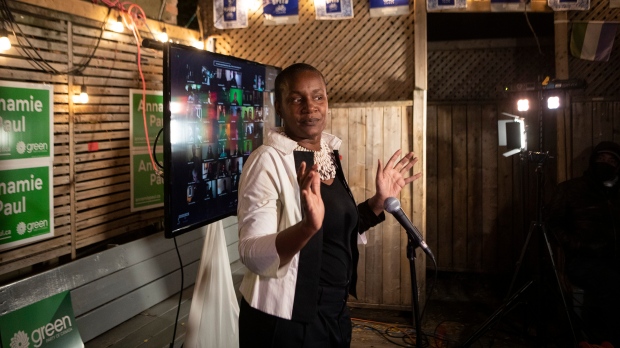 For her part, Ien said the Liberals moved ahead with the byelection because the riding needs representation given the uncertain times.

She thanked Paul for a respectful race and said her first priority for the riding will be housing, with winter fast approaching and many people displaced because of the pandemic.

“We know that people need help. We're going to continue to do that,” Ien said. “And we also know that winter's coming. We know that too and we know that we've got people that are in the streets right now.” 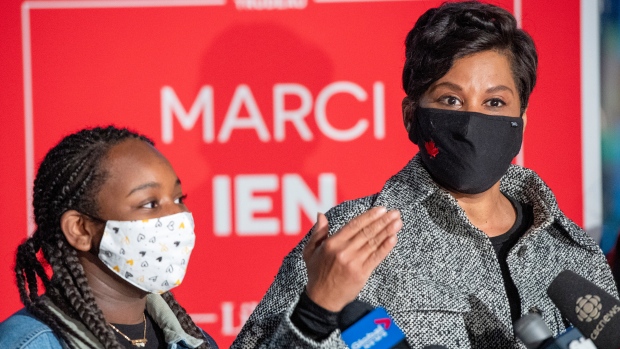 Ien also revealed that her mother had had a stroke just a day before campaigning started, but had continued to encourage her and give her strength.

NDP candidate Brian Chang took about 17 per cent of the vote, lower than his 22.3 per cent share in last year’s general election. Conservative candidate Benjamin Gauri Sharma took about six per cent.

Meanwhile in York Centre, another traditional Liberal stronghold, Liberal candidate Ya'ara Saks was locked in a race with Conservative Julius Tiangson that was too close to call for most of the night.

Preliminary results for the riding showed a near-tie for much of the night. With 121 of 143 polls reporting, both candidates stood at 43.6 per cent as midnight approached Monday.

But with all polls counted about half an hour later, Saks appeared to have edged out Tiangson with 8,253 votes to 7,552.

In a tweet, Tiangson conceded to Saks and congratulated her, but said voters sent the Liberals a clear message “that we are a force to be reckoned with.” 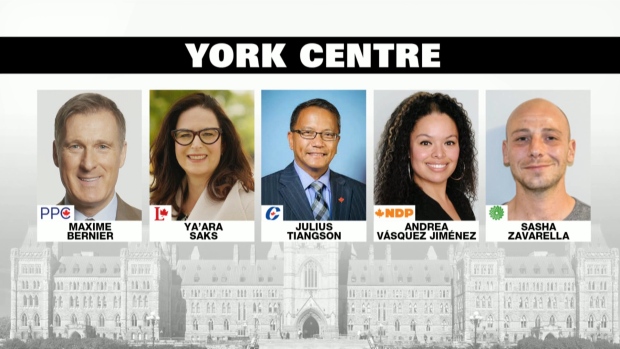 Voter turnout stood at 25.64 per cent in the riding.

The worse than expected showings come at an awkward time for the Liberals, as the minority government clashes with opposition parties.

Following the results, the Conservative Party issued a tweet saying voters had sent a message to the Liberals.

“The message tonight in two of the safest Liberal seats in is clear - Canadians are losing faith in Justin Trudeau,” the Conservative Party wrote. “You can depend on us to continue standing up for those left behind by this Liberal gov't.”

The past few weeks have been especially tense in Ottawa.

The opposition Conservatives have sought to keep the WE charity scandal alive with a committee to investigate corruption. The Liberals threatened to make the vote on the committee a confidence issue, threatening to plunge the country into an election.

The Greens, independent MPs and the NDP ultimately sided with the Liberals, with NDP Leader Jagmeet Singh saying that he would deny Justin Trudeau the election that he sought.

While the move by the Liberals appeared to have worked, it was a dangerous gamble. Elections Canada has said that it will not be ready to hold a general election with full health safety measures in place before April. However they have said that they will run an election with the resources they have if they are forced to do so.

In that context, the Toronto by-elections served as something of a rehearsal for a possible general election.

Elections Canada implemented a number of health safety measures, such as distancing, and offering voters single use pencils and face masks.

Elections Canada said they would deliver a safe voting experience, but advised voters that they might experience longer waits outside polling stations due to distancing measures inside the buildings.

Despite the possibility of longer lineups, many voters were undeterred from casting their ballots.

“I always exercise my democratic right to vote. I think it's important,” one voter told CP24. “And I guess maybe partly because of the importance of everything that's going on in the States, maybe that makes it more poignant.”

Another man said it was important to exercise his “civic duty.”

“I guess, to be involved in our decision making in our neighborhood, I feel like if we don't vote we can't complain about anything that happens.”

One woman said she felt secure going to the polls, having been reassured by electoral officials.

“Voting in general is always important,” she said. “I think it’s our responsibility to do that. They assured us it was going to be as safe as possible. It’s really no different than going to a grocery store or something.”

Another woman said she felt compelled to exercise her right to vote, but decided to leave her kids at home.

“I think it's just really important to exercise my right to vote,” she said. “I've got three daughters and I want to teach them that voting is important. Normally I'd bring them but just because of the circumstances, I thought it best to stay at home today.”

Traditionally voter turnout in byelections tends to be lower than in general elections and that trend appears to have held.

Numbers released by Elections Canada last week showed that just 7,960 people voted in advance polls in Toronto Centre. That compares to more than 13,000 who made use of advanced polls in the riding in the general election last year.

In York Centre, about 6,300 people voted in advance polls compared to roughly 9,800 in last year’s election.