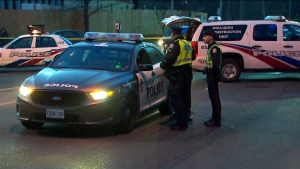 One male is dead after a crash in the Rosedale area.

A male motorcyclist believed to be in his 40s is dead after a collision took place in Rosedale on Wednesday evening.

The crash took place in the area of Mount Pleasant and Carstowe roads at around 5 p.m.

The male victim was transported to a trauma centre in life-threatening condition following the crash where he later succumbed to his injuries.

Roads have been blocked off in the area to accommodate a police investigation.

One male is dead after a crash in the Rosedale area.