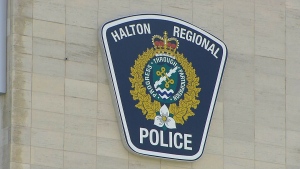 A male victim is in serious condition in hospital after he was stabbed in a home in Milton early Tuesday morning.

Halton Regional Police say they were called to a home on Scott Boulevard, north of Derry Road, at 4:30 a.m. for a report of an assault.

They found a male suffering from at least one stab wound and he was taken to hospital in serious condition.

Police say no one is in custody and they are actively canvassing the neighbourhood for witnesses or surveillance camera video.