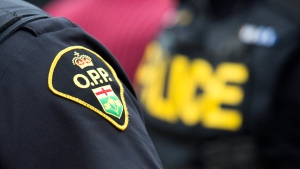 FRENCH RIVER, Ont. - Ontario Provincial Police say a 25-year-old man has died after he and two other people went cliff diving in the French River on Saturday.

They say the incident happened at about 5:30 p.m., when three people jumped off a 10-metre rock face into the water.

Police say the first two people were fine, but the third man was unconscious when he resurfaced.

They say he was taken to the mainland and then airlifted to hospital and pronounced dead.

He's been identified as Brett Haines of Udora, Ont.

Police say foul play is not suspected and the chief coroner is investigating.

This report by The Canadian Press was first published Aug. 2, 2020.