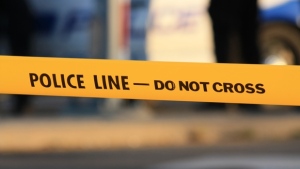 A man is in custody after allegedly pointing what looked like a shotgun at students walking to school in north Etobicoke on Wednesday morning.

Const. Victor Kwong said that they were first called at 10:30 a.m. by a student who said he was walking in the area of Weston Road and Starview Lane, near St. Basil-The-Great College School, when a man pointed a long gun at him.

He alleged the man also threatened him.

Kwong said officers started an investigation and several other youths came forward to report the same thing happened to them.

At 2 p.m., Kwong said an adult male suspect was taken into custody.

He said police could not say whether they had seized a firearm or not.

The name of the accused was not released.