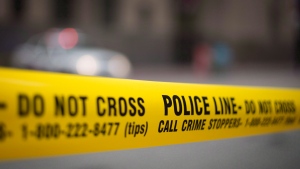 Police tape is shown in Toronto in 2017. THE CANADIAN PRESS/Graeme Roy

A man has been transported to hospital with serious injuries following a daylight stabbing in downtown Toronto on Tuesday.

Toronto police say the stabbing occurred in the Sherbourne Street and Dundas Street East area at around 12:45 p.m.

A man was located and transported to a trauma centre with serious injuries.

A suspect was also located and arrested, according to police, who remain on scene to investigate the incident.

Police say to expect delays in the area.