Man wanted after apartment doused in gasoline and set on fire: police 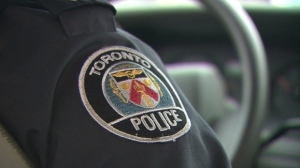 Toronto police say they are looking for a man who allegedly doused his East York apartment in gasoline and then set it alight.

A man was spotted walking around a building near Barrington and Lumsden avenues with a jerrycan in his hand.

According to police, he poured gas on his apartment, lit the unit on fire and then left.

Police said Wednesday that 42-year-old Aaron Bonnell of Toronto is now wanted for arson and failing to comply with recognizance.

Bonnell is described as standing five-foot-11, with a medium build. He is bald with no facial hair and was wearing a dark shirt and dark pants.

He is known to frequent the area and police are asking anyone who knows of his whereabouts to contact police.