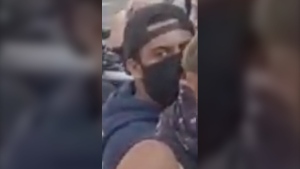 A man is wanted by Toronto police after an officer was assaulted outside a police station during a protest on Wednesday. (TPS handout)

Toronto police are looking for a man after an officer was assaulted during a protest outside of a police station earlier this week.

On Wednesday, a large crowd of protesters gathered outside of 14 Division, located near Dovercourt Road and Dundas Street, shortly before 6:30 p.m.

The demonstration followed violent clashes between police and demonstrators during the dismantlement of a homeless encampment at Lamport Stadium earlier that day.

After the scuffles, several demonstrators travelled to the police station to continue protesting.

Police said the crowd became increasingly hostile while outside of the station. 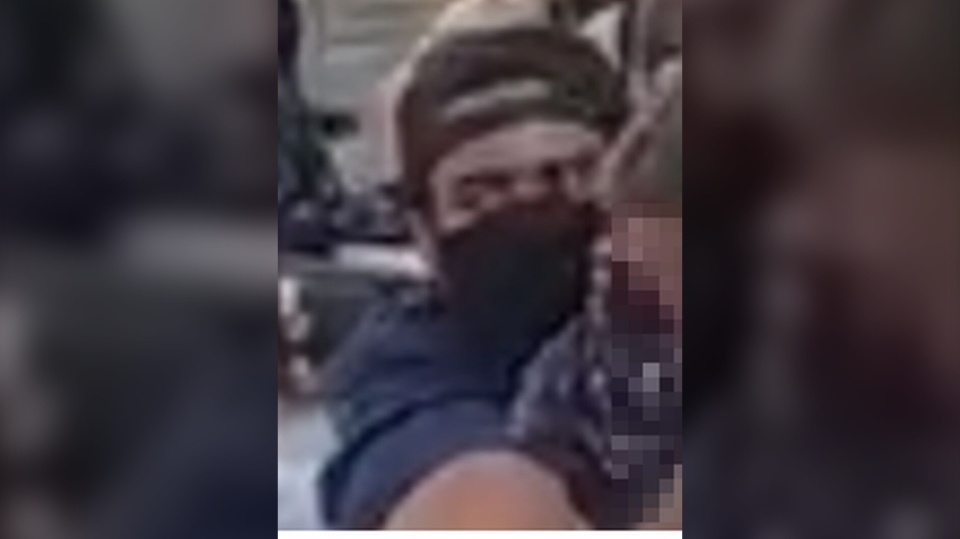 A man then threw an object at an officer, police said.

The officer was treated for unknown injuries.

Police have released images of the suspect in connection with the investigation. 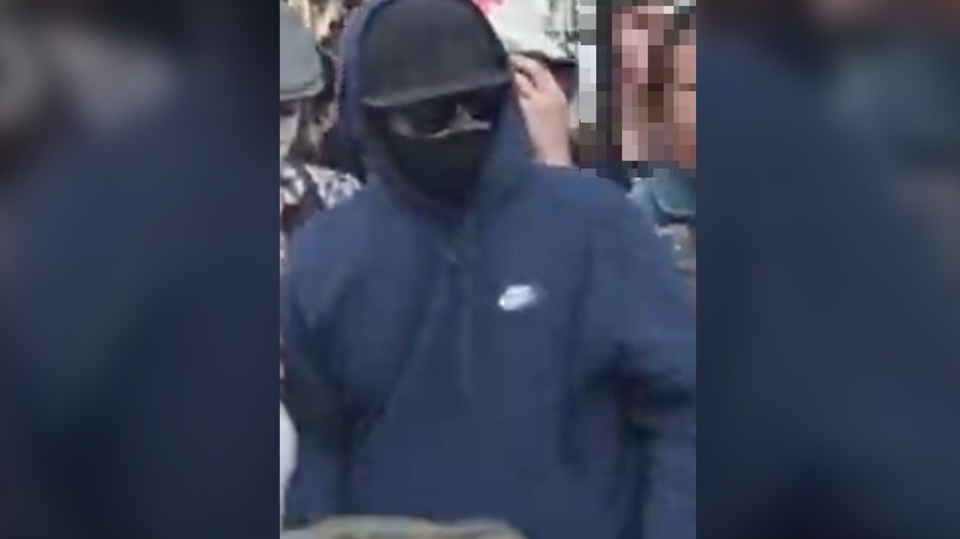