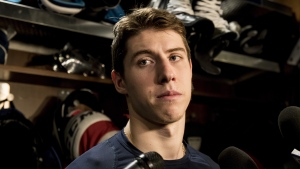 Toronto Maple Leafs Mitch Marner speaks to reporters after a locker clean out at the Scotiabank Arena in Toronto, on Thursday, April 25, 2019. Leafs general manager Kyle Dubas says he's optimistic the team and pending restricted free agent Mitch Marner will be able to come to an agreement on a new contract before July 1. THE CANADIAN PRESS/Christopher Katsarov

Maple Leafs star Mitch Marner is speaking for the first time since he was robbed of his Range Rover at gunpoint outside of a Toronto movie theatre earlier this week.

In a statement released on Twitter, Marner called the incident “scary” and thanked the Toronto community for the “unbelievable” support following the carjacking on Monday.

“To all the fans, my friends and teammates, and the entire Maple Leafs organization – thank you for all your positive messages over the last few days,” Marner said in the tweet released on Wednesday.

“It was a scary situation to be in, but we’re safe and doing well. Thank you all – your support has meant the world to us.”

His statement follows what police have called a “crime of opportunity,” which included three suspects, two armed with guns and another with a knife, approaching Marner’s car in the area of the Cineplex Cinemas Queensway.

The victims complied and the suspects took off with the car.

The events took place in the area of Islington Avenue and the Queensway on Monday around 7:45 p.m.

Toronto police say this was one of 60 carjackings they have responded to so far this year, compared to the 59 total carjackings that were reported in 2021.

After the carjacking, Marner didn’t provide any media interviews, but he did stop to speak to a self-proclaimed “huge” Leafs fan.

Dylan Atack stood outside of the team’s Etobicoke practice facility on Tuesday hoping to catch a glimpse of a few players. 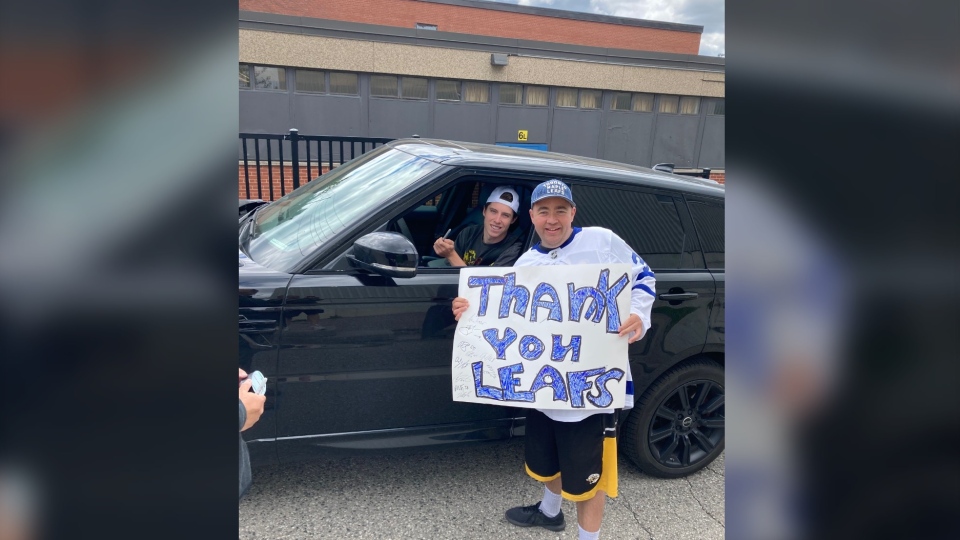 “He really made my day. Taking a few minutes out of his day to stop for me after what happened on Monday night.”

As Marner signed a poster for the fan, Atack asked him how he was doing. “He said he’s had better days but he looked to be in good spirits,” Atack said.

“After the bad week he has had, positivity needs to come out of it.”