Notes from the campaign trail: Leaders face off in wide-ranging French debate 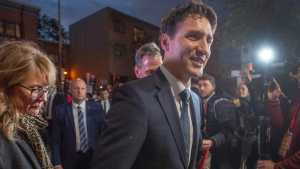 With the leaders focusing on Wednesday night’s debate in Quebec it’s a very quiet day.

There are 78 seats in Quebec.  At dissolution the Liberals held 40, the NDP 14, the Conservatives 11 and the Bloc Quebecois 10.  Most observers think the NDP will lose many of their seats on October 21. Who wins those seats will be one of the most important storieson election night.

Recent polling in Quebec gives the Liberals a significant advantage, but those numbers are skewed by the party’s support on the island of Montreal. In the rest of Quebec the races are much more competitive. Quebecers will be watching to see how Conservative leader Andrew Scheer and the NDP’s Jagmeet Singh do stacked up against the Liberals’ Justin Trudeau. For Scheer and Singh this will be the first debate with Trudeau and it’s in their second language. That might give the Bloc Quebecois leader, Yves-Francois Blanchet, an edge in his first federal leader’s debate. TVA did not invite either Green leader Elizabeth May or People’s Party leader Maxime Bernier.

Wednesday night’s debate was a wide ranging affair. There were many heated exchanges as the four leaders fought to gain the support of Quebec voters. The first section was on immigration and social policies. That led to discussions on abortion rights, medically assisted right to die legislation, cannabis laws and drug use in Canada. There was a heated discussion on Bill 21, the Quebec law banning the right to wear religious symbols. As expected only Blanchet defended the Bill.

A key moment came as the leaders took on the issue of climate change. Blanchet said he wants a Quebec solution to climate action pointing out Quebec has the most electric cars in the country and uses clean hydro. Scheer was challenged on his Canada energy corridor proposal. The corridor idea is unpopular in Quebec but Scheer called it a “win-win” solution. Trudeau was forced to defend the effectiveness of his climate initiatives. Both Scheer and Singh challenged Trudeau on his climate action during his first term. Scheer asked Trudeau why the Liberals use two planes during the campaign. Trudeau said it means the Liberals can get to more places during the campaign and that the Liberals buy carbon offsets and the Conservatives don’t.

Blanchet forced the debate back to the rights of Quebecers again and again. In his concluding remarks Blanchet said he had debated three federalist leaders. Blanchet said only Bloc MPs will stand up for Quebec in Ottawa and give voice again to Quebec as a nation. That left Trudeau and Scheer to tell Quebec voters that supporting the Bloc means Quebecers will not have a seat at the table of the party governing Canada.

If you don’t speak French the only way I know to watch the full debate with translation was a tape delayed playback on CPAC Wednesday night. There was no live English broadcast of the debate, which aired only on TVA.

Realistically that means that most Canadians outside Quebec will get selectively edited highlights from the media over the next couple of days. The debates that matter in English Canada will be next Monday and then a French debate next Thursday.  Both of those will be carried live across the country.