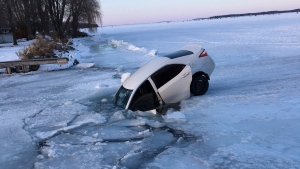 A Toyota is pictured partially submerged in the ice of Cook's Bay in Innisfil Monday February 17, 2020. (@laurazava /Twitter)

Two people on an ice fishing expedition were lucky to escape uninjured after their vehicle plunged through the ice on Lake Simcoe.

The incident happened on Feb. 17 at around 5:15 p.m. on Cook’s Bay, near Shore Acres Drive in Innisfil.

According to South Simcoe Police, the driver and his passenger – both from Toronto – had parked their Toyota on the frozen lake while they went ice fishing. 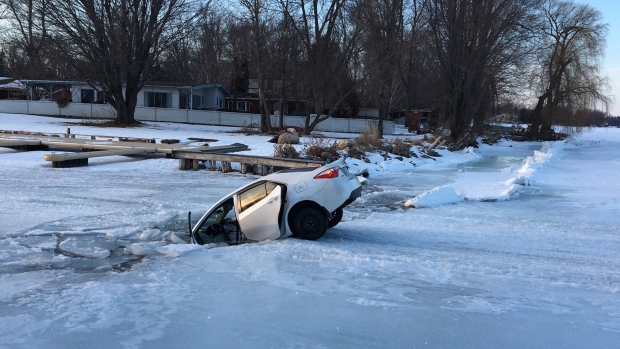 The two were driving off of the lake when the front end of the vehicle fell through a pressure crack in the ice. The occupants were able to get out of the vehicle.

The Toyota ended up partially submerged in the ice. Images sent to CP24 show the vehicle with its back tires still on the ice, while the front of the vehicle is submerged, just metres away from the shoreline.

Police said a Good Samaritan had to help remove the vehicle from the lake with the use of a snow mobile.

The front bumper of the vehicle became dislodged and there were more than two inches of water inside the vehicle, which had to be towed back to Toronto. 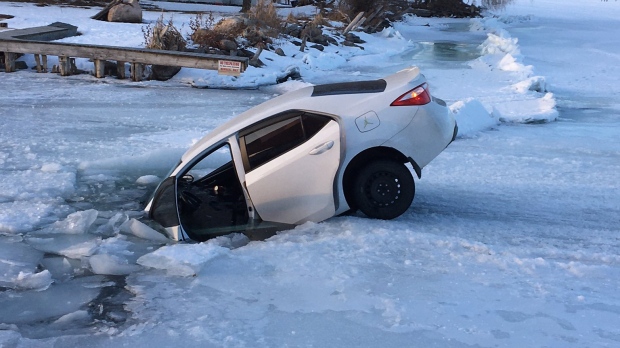 Police issued a warning to the public that “ice can shift, be unpredictable and have varying thickness.”

“We are glad that this incident ended happily and without any injuries. Please be safe and check with local hut operators before heading out,” police said in the release. 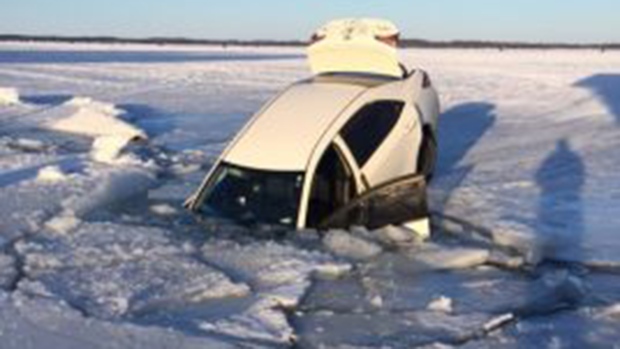