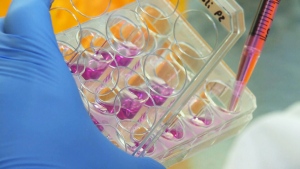 Public health officials say a Toronto woman in her 60s who tested positive for COVID-19 returned from Iran nine days before reporting to an emergency room with symptoms, prompting health officials to reach out to everyone she has been in contact with.

Dr. Eileen de Villa said the woman landed in Toronto on Feb. 15, but went to Sunnybrook Hospital on Monday night, wearing an N95 mask, complaining of symptoms consistent with the virus.

She said the woman had “a cough, sore throat, body aches,” and some instances of fever that began sometime after she arrived in Toronto. She was discharged and ordered to go home and enter into self-isolation.

“Two members of the individuals’ family are also in self-isolation at home,” de Villa said. “We are following up with this person and their close contacts.”

She said once a thorough contact assessment is complete, Toronto Public Health will release more information about where the woman went before falling ill.

The contact assessment is crucial as multiple health agencies across the globe have gathered information that the 2019 novel coronavirus is capable of spreading without showing symptoms in its host.

“We will have details and communicate to the public once that assessment is done,” de Villa said.

She said the latest Toronto case is not connected to two active cases in British Columbia that have ties to Iran.

The number of others under testing for possible coronavirus infection on Wednesday was 14, down from 21 people on Tuesday.

De Villa said her staff is working with the provincial and federal governments “to plan for the potential for local spread.”

But Ontario Medical Officer of Health Dr. David Williams said that unlike some other jurisdictions in the world, they are still operating with “containment” in mind.

Toronto's only other active COVID-19 case is a woman in her 20s, who is also in self-isolation at home and recovering well.

Three other patients in the province have made full recoveries.

As the virus spreads across the globe, Williams said the federal government has expanded its virus guidance to seven countries.

As of today, all those returning from China, Iran, South Korea, Singapore, Italy, Hong Kong and Japan will be asked to self-monitor for symptoms and report any illness to a public health unit immediately.

Anyone returning from the Chinese city of Wuhan or Hubei province will continue to be ordered to remain in self-isolation for 14 days.

But both de Villa and Williams said it is not time for anyone in the public in Ontario to start wearing masks.

De Villa said the evidence on effectiveness of masks to prevent spread of viral infections is “very weak at best.”

Canada has confirmed 12 cases of the illness overall, which has sickened more than 80,000 people and caused more than 2,700 deaths.

Public Health Ontario’s lab in Toronto has tested 629 people for the virus since the outbreak began.

Williams said the Toronto lab is capable of completing up to 1,000 COVID-19 tests in a day.