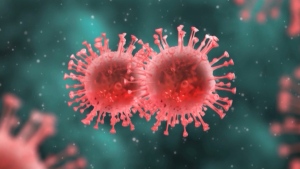 Ontario has confirmed 379 new cases of COVID-19 as well as 21 new deaths in people with the virus, but the province’s top public health doctor says there are early signs suggesting that future case growth could fall.

The increase in new cases is up from the 309 confirmed on Monday but is still down from the record 462 cases reported by the province last Friday.

The province now lists 153 deaths in people with confirmed cases of COVID-19, though information provided by Ontario’s 34 public health units indicated that the actual number of deaths as of 4 p.m. Tuesday was 189. The discrepancy is likely due to the fact that the province’s numbers are only up to date as of 4 p.m. one day prior.

The total number of people hospitalized with the virus, meanwhile, continues to increase but may be leveling off slightly from recent days when dozens of new hospitalizations were regularly reported.

Dr. David Williams said that when combing through tests still underway at various labs on Wednesday, declining call volumes at TeleHealth Ontario, and lower numbers of visits to Ontario’s COVID-19 self-assessment online tool, it is possible case growth is starting to decline.

“That could be a good news story – those (signs) are dropping off,” he told reporters. “People with signs and symptoms seem to be less apparent.”

One-hundred and eighty-seven Ontarians in hospital with COVID-19 are currently breathing with the help of a ventilator.

“We should never sit back, this could come back with a vengeance,” warned Premier Doug Ford during a Tuesday afternoon news conference at Queen’s Park. “If we see a little decline by no means should we be sitting back and think the curve is going away. If we see two or three weeks of the curve going down then we will be headed in the right direction but even that won’t mean that we should let up. We have to keep going hard every single day, every single minute.”

Williams also added there appears to be fewer people presenting at hospital emergency rooms across the province with respiratory or “influenza-like” symptoms.

“There is some optimism potentially on a pan-Canadian basis that we are bending the curve, but we have not seen the federal numbers,” Williams said.

So far 81,364 people have been tested for COVID-19 in Ontario, which equates to a rate of testing that still lags behind most other provinces on a per capita basis.

Quebec, for example, has tested more than 100,000 people despite having roughly half the population of Ontario.

Encouragingly, the backlog in tests waiting to be processed in Ontario, which at one point neared 11,000, has been mostly eliminated. That number stood at 329 on Monday and rose to 691 in Tuesday’s data.

“We did deal with the backlog so now we are looking at the current situation and we are increasing our testing particularly in areas that are most vulnerable and I would say that is long-term care homes, retirement homes and indigenous communities,” Health Minister Christine Elliott said at Tuesday afternoon’s news conference. “We have developed a strategy in order to increase that testing there and we are now able to process about 14,000 tests a day. So we got rid of the backlog, we increased our capacity for testing and we are moving forward in particular in those areas where we really have to build that iron ring to protect the people who are most vulnerable.”

Associate Chief Medical Officer of Health Dr. Barbara Yaffe said it appears that it is time Ontario widen its testing criteria, especially to anyone working in or residing in a long-term care home.

“We need to get more people tested,” she said.

The data also suggests that long-term care homes continue to be a breeding ground for the transmission of the virus with outbreaks at 51 different facilities, an increase of five from one day prior. Those outbreaks have now claimed the lives of 69 people, meaning that the majority of the new deaths reported by the province (13) on Tuesday involved residents of long-term care homes.

The new cases bring the total number provincewide to 4,726, including recoveries and deaths.

That number is up 140 per cent from this time last week when the province had 1,966 confirmed cases.

Recovered patients now number 1,802, or more than 38 per cent of the total case count.

Here are some other highlight from the data: