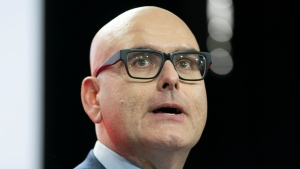 TORONTO - Ontario's Liberals say they have paid off their $10-million debt from the 2018 provincial election in which they suffered the worst defeat in the party's history.

Liberal Leader Steven Del Duca says the party was able to eliminate the debt by tightening internal spending and growing its membership and donor base.

Del Duca says that by eliminating membership fees the party has been able to grow its ranks to more than 75,000 members, which in turn has increased contributions.

The Liberals went into the last election holding a majority, but lost their official party status when they won only seven seats.

The devastating loss prompted the resignation of Kathleen Wynne as party leader.

Del Duca, who was elected leader last March, says eliminating the debt will allow the party to continue to prepare for the next election, which is scheduled for June 2022.