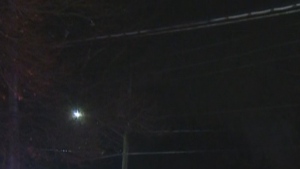 FORT ERIE, Ont. -- A 51-year-old man from Fort Erie, Ont., is facing charges after an FBI probe into the alleged online exploitation of a child.

They say the American probe led investigators to an Ontario man.

Local police say they arrested the man on Tuesday based on information from the FBI.

He's facing seven charges, including two counts of making arrangement for sexual offence against a child.