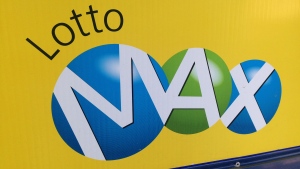 TORONTO -- This will certainly be a long weekend to remember for at least one Lotto Max player in Thornhill, Ontario.

The lone winning ticket for Friday night's whopping $70 million jackpot was sold in the community just north of Toronto.

The Ontario Lottery and Gaming Corporation says this is the third time the maximum jackpot has been won in Ontario.

The draw also offered 18 Maxmillions prizes of $1 million each, and six of them were won, including one which will be split by two ticket holders.

The winning tickets for those prizes were sold in Ontario, Quebec, the Prairies and British Columbia.

The jackpot for the next Lotto Max draw on Aug. 4 will be approximately $26 million.