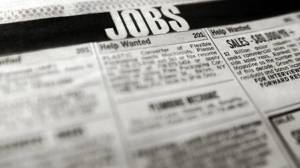 OTTAWA - Canada's working mothers saw their jobs gains stall in November after months of growth, and those who are working are seeing greater strains on their working hours to care for their children, Statistics Canada says.

After six straight months of gains, employment among women 25 to 54 years dropped as full-time gains of 49,000 jobs were offset by part-time losses of 52,000 last month.

The stalling in job numbers left their unemployment rate at 6.8 per cent, 2.2 percentage points higher than they were in February before the pandemic washed over Canada.

The November jobs report noted a nearly 55-per-cent jump, year-over-year, in the ranks of working mothers who worked less than half their usual hours, compared to 41.3 per cent for fathers.

A key reason cited by those who worked less was child care responsibilities.

Elizabeth Dhuey, an associate professor of economics at the University of Toronto, said the absentee figures, coupled with the stall in job gains, reflect what working mothers have been talking about for months.

“It's not just that we're getting slower back into the market, but there are all these other burdens attached to what is going on the pandemic and being a working mother,” said Dhuey, who is also chair of the Canadian Economic Association's women economists committee.

“Anecdotally, that doesn't surprise me at all. This is my cohort of people that I associate with and everybody is struggling,”

Finance Minister Chrystia Freeland acknowledged those concerns during a virtual event Friday, pointing to spending from the fall economic statement as a first step toward a national childcare system.

“It can be hard to do your work when you have an ankle-biter running around, beautiful though the ankle-biters are,” she said during a Zoom event with the Halifax Chamber of Commerce.

Overall, the pace of job gains has slowed, with employment rising by 0.3 per cent in November compared to an average of 2.7 per cent per month between May and September.

The rate as of November sat at 8.5 per cent, down from the 8.9 per cent recorded in October.

The unemployment rate would have been 10.9 per cent in November, Statistics Canada said, had it included in calculations Canadians who wanted to work last month but didn't search for a job.

Job gains and losses recorded in November reflected conditions before severe restrictions were put into place in cities like Toronto as COVID-19 case numbers rose. That means next month's numbers will likely reflect a worsening economic picture.

“As a result, it's likely that COVID will catch up with the Canadian economy in the December data, with a decline expected in both employment and overall economic activity,” CIBC senior economist Royce Mendes wrote in a note.

The gains left the country 574,000 jobs short of recouping the approximately three million jobs lost from lockdowns in March and April that sent the unemployment rate skyrocketing to 13.7 per cent in May.

About 45 per cent jobs yet to be recovered are in the hard-hit accommodation and food services sector, said RBC senior economist Nathan Janzen. Jobs in those industries declined for the second consecutive month in November, shedding 24,000 jobs.

“These sectors of the economy that find it really hard to operate in a physical distancing world are still really underperforming,” he said,“ and those also happen to be industries that are relatively low paying.”

Women are overrepresented among workers that fall into those categories, as well as those who work in industries with less chance of working remotely, said Behnoush Amery, a senior economist with the Labour Market Information Council.

She said there was a need for better and timely data on child care options parents use to better tailor a policy response noting the blurring between work and family life will only rise in the future.

“This is something we need to ... help policy-makers ensure that this recovery in employment is equitable and inclusive,” Amery said.

There may also be another long-term effect for working mothers caring for children at home, Dhuey said.

Drops in productivity compared to pre-pandemic times for those caring for children while working at home could show up in annual reviews or decisions on raises, she said.

“The people that are working with young kids at home are not being seen (in terms of) how difficult it is to do their job. And I think this is going to affect women for the long-term in terms of career success,” said Dhuey, whose three-year-old regularly interrupts her day.