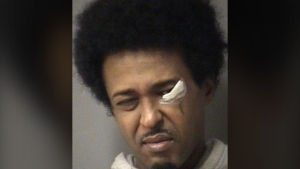 A 40-year-old man has been charged in connection with a human trafficking investigation in Mississauga.

Peel police said they started an investigation this month into the alleged exploitation of a 17-year-old female in the sex trade over a two-month period.

"The suspect exercised control over all aspects of the victim’s life and profited as a result," police said in a news release on Friday.

Agil appeared in court on Friday for a bail hearing.

"Investigators from the Vice Unit believe there may be more victims and/or witnesses," police said.

Anyone with information in relation to this investigation is urged to contact the Vice, Narcotics, and Street Level Organized Crime Unit at (905) 453-2121, ext. 3555 or Crime Stoppers.