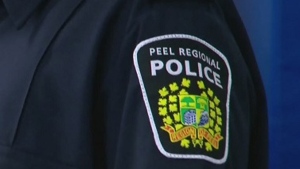 A Peel Regional Police officer has been charged following an investigation into an alleged incident that occurred while he was off duty.

Police have released few details about the incident other than saying the Professional Standards unit began looking into the allegations five months ago.

On Thursday, police announced that Det. Const. Joao Moco had been arrested.

Moco, who has been with the service for 22 years, has been charged with uttering threats. He will appear in a Brampton court in October.

Meanwhile, a Police Services Act investigation will begin after his court trial is completed.