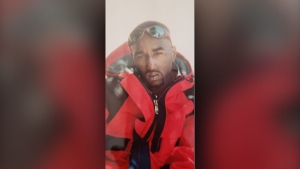 Police have identified the victim of last night’s fatal shooting at Oakwood and Vaughan as 42-year-old Craig Campbell of Toronto.

Toronto police received several reports of gunshots being fired at 1:42 a.m. this morning in the area of Oakwood Avenue and Vaughan Road.

Toronto Homicide Unit’s Detective Aaron Akeson told media that police were able to get to him quickly, because they were already in the area.

When he was located, he was found suffering from serious injuries.

It is believed that Campbell was walking along Vaughan when he was shot.

Toronto paramedics rushed the man to hospital where he later died, according to police.

According to police, a dark-coloured SUV was seen fleeing the scene.

Akeson said that police are aware that there was an event near the area, and police are looking for witnesses.

Thamim Chowdhury was working in the area when he heard shots last night, but wasn’t surprised.

“It was like a normal thing to us,” said Chowdhury.

“It’s scary to work here on the weekend nights, and it’s scary for the residents of the neighbourhood.”

Forensics and the homicide unit are on scene investigating.

Toronto Police are asking anyone with information to come forward.

No suspect information has been released. However, police are only looking for one suspect.