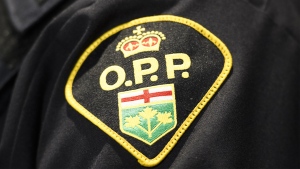 Ontario Provincial Police are investigating an apparent act of road rage that took place on Highway 401 on Thursday morning.

It happened in the eastbound lanes of the highway near Highway 427 at around 5 a.m.

Sgt. Kerry Schmidt says that there was some sort of interaction between the drivers of an SUV and a Volkswagen Jetta.

It is alleged that during that interaction the driver of the Jetta threw an object at the SUV, shattering one of its rear windows.

“They separated after that interaction took place,” Schmidt said in a video update posted to Twitter. “The SUV made it to the airport and the VW vehicle was last seen southbound on Highway 427. Anyone with information is asked to call Toronto OPP.”

Schmidt said that there were no injuries reported as a result of the incident.

Road Rage incident on #Hwy401 results in window being smashed. Anyone with information call #TorontoOPP 416-235-4981 pic.twitter.com/EugmhoM1up