Police investigating after one person injured in Vaughan shooting 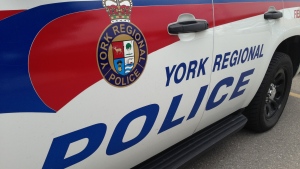 One person has been injured in a shooting in Vaughan Friday night.

Police say they did not find any victims at the scene, but one person believed to be a shooting victim was located at a hospital. The extent of their injuries is unknown.