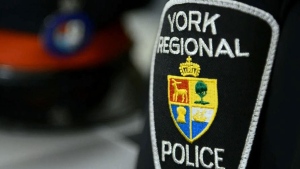 York Regional Police are asking for the public’s help identifying a suspect who allegedly sexually assaulted a female jogger in Markham earlier this week and may be connected to another incident last year.

Police said they were called to the area of Elson Street and Marydale Avenue, west of Markham Road, on Monday shortly before 7 p.m. for a report of a sexual assault.

A woman was jogging on Elson Street when the male riding a bicycle grabbed her from behind and touched her in a sexual manner, they said.

The woman yelled at the male, police said, causing him to flee the scene on his bike.

On Thursday, police released more information about the suspect and his bike. He is described as South Asian in his late teens with a dark complexion, acne on his forehead, and black hair with a one-inch buzz cut.

The bicycle he used is described as a blue CCM mountain bike with orange tire rims, orange brake wires and gear shifts.

Police said they believe the male suspect may have been involved in another incident last year. It happened on Aug. 19, 2021, in the area of Ann Louise Crescent and Denison Street.

According to investigators, a 15-year-old girl was walking outside when she was grabbed from behind and touched in a sexual manner by a male on a bicycle. The suspect later fled the scene.