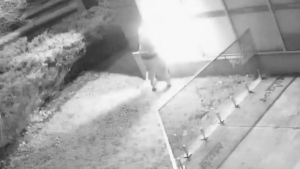 Police are searching for a man possibly missing his eyebrows after he got more than he bargained for splashing gasoline on the wall of a beauty salon in Vaughan earlier this month.

York Regional Police say that on Jan. 3, 2020, police and fire fighters were called to Podium Beauty Salon in a plaza in the Rutherford Road and Bathurst Street area for a report of a fire.

Vaughan Fire and Rescue Services promptly put out the blaze.

The Ontario Fire Marshal investigated the blaze and determined it was deliberately set.

Police later obtained surveillance video of a man wearing a hoodie and other dark clothing approaching a wall of the business carrying a gas can. 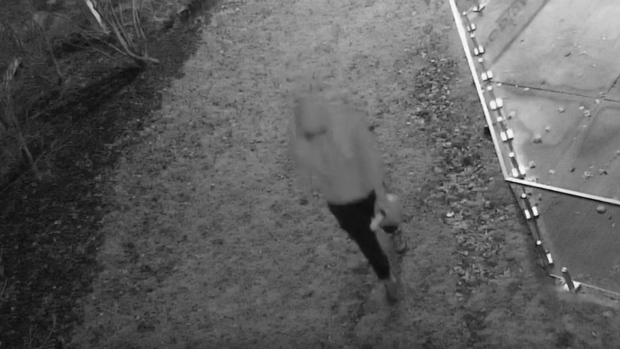 In the video, the man splashes fuel on a wall and then ignites it, standing far too close as the fuel ignites and the ensuing fireball enshrouds the whole frame.

Investigators say the man may have burnt his hoodie and his eyebrows as a result.

He fled the scene with the help of a waiting getaway driver, behind the wheel of a red sedan with one of its headlights out.

CAUGHT ON CAMERA - Can you help ID this suspect who torched a beauty salon on Jan 3rd in the area of Bathurst/Rutherford? Suspect may have burned their hoodie and their eyebrows. Fled in a red car with one headlight out. 866-876-5423 x7441 with any tips. https://t.co/Oba6IPuPOD pic.twitter.com/p97qQr7zSq