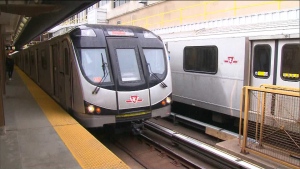 The Ontario government has signed off on a preliminary agreement with York Region to move forward on a long-promised northward extension of the Yonge subway line into the 905 region.

The agreement sets a framework for the roles, responsibilities and potential funding mechanisms for the project, which comes with an estimated price tag of $5.6 billion.

“We are one step closer to delivering on our plan for more rapid, reliable and seamlessly-connected transit in the GTA,” Transportation Minister Caroline Mulroney said a tweet. “Our Preliminary Agreement with York Region will help significantly expand the subway network with the delivery of the Yonge North Subway Extension.”

In an interview with CP24, Mulroney said further that the project will “generate jobs and finally provide the kind of world-class transportation that the GTA, including York Region, so badly need and deserve.”

The northward extension of the Yonge Line beyond Finch Station would bring subway service to Markham and Richmond Hill for the first time. The line would add roughly 7.4 kilometres of subway track from Finch Avenue to Highway 7, near Langstaff GO Station. It’s not yet clear how many stops there would be.

Vaughan would also be served by the extension, adding to subway service that was brought to the city for the first time in 2017 with a subway extension to Vaughan Metropolitan Centre near Highway 7 and Jane Street.

Talks between the province and York Region have been ongoing since the fall to formalize an agreement.

According to the preliminary agreement, the province will have sole responsibility for the planning, design and construction of the extension and intends to own the line once it is complete.

The Ford government announced last year that it would move forward with the line, along with plans for a new subway line called the “Ontario Line” to take pressure off the already overcrowded subway system in Toronto.

The projects are on a list of four priority projects included in the government’s “New Subway Plan for the GTA.” The other two projects are a three-stop Scarborough Subway Extension and the Eglinton Crosstown West Extension with a planned connection to Pearson International Airport.

In February the province announced that it had reached a preliminary framework with the City of Toronto for subway projects in the city.

“These two arrangements with our key municipal partners will ensure that the Province, the City of Toronto and York Region continue to collaborate to successfully deliver on Premier Ford’s historic ‘New Subway Transit Plan for the GTA,’” Mulroney said in a statement.

Ford says transit plans not being scaled back

Asked Thursday whether some of the province’s transit plans might be scaled back due to the economic crisis brought on by the pandemic, Ford said “absolutely not.”

“Infrastructure is critical. And there’s no better way to get people back to work any time – you go back to the Depression, it’s infrastructure,” Ford said. “We need to continue building these lines for the next 50 years, we just can’t stop right now. It’s too far down the tracks.”

Ford said the reasons for building more subway infrastructure have not changed.

“We are building these four lines because we need people to get moving. We need traffic congestion to slow down, we need people to take rapid transit as opposed to hopping in their car. And environmentally I think it’s great.”

He said the issue of obtaining funding for the projects comes up weekly and he plans to continue pressing the issue with Prime Minister Justin Trudeau as part of a need for infrastructure money to boost the economy.

“They’ve been great so far but every single week this conversation comes up about infrastructure. We’re putting our fair share in and we really hope that the federal government would put their 40 per cent in,” Ford said.

In an interview with CP24, Mulroney also said she has weekly calls with federal Infrastructure Minister Catherine McKenna.

“I remind her that during the federal election campaign last fall, the Liberal Party indicated that it was supportive of our four priority transit projects and so we’re calling on the federal government to reconfirm that support and to fund its share,” Mulroney said.

The extension has long been promised and advocated for by politicians from the region.

“This is tangible evidence that the province and the region are committed to extending the Yonge Subway Line to serve more people and jobs in major urban and employment centres along Highway 7 and Yonge Street,” Scarpitti said.

“As our efforts to ensure the safety and well-being of residents continue, so too does the important task of city-building,” Bevilacqua said in a statement. “We have in no way hit the pause button on key infrastructure projects. These must continue, and they are a vital part of our post-COVID reality.”

The province says it is aiming to open the Yonge North extension by 2030.