Public high school teachers to hold another one-day strike in Toronto, other areas on Dec. 11

Public high school teachers in Toronto and several other parts of Ontario will hold another one-day strike on Dec. 11 if a new collective agreement isn’t reached by then, the union said Friday.

Unlike this past Tuesday’s job action, which forced the closure of every public high school in the province, the Ontario Secondary School Teachers’ Federation (OSSTF) said this new effort excludes most public school boards in the GTA.

The union says high school teachers in these boards will walk off the job:

In addition, OSSTF-represented teachers and staff in the French Catholic and French public school boards that serve Toronto and most of the Greater Golden Horseshoe  — Conseil Scolaire Viamonde and Conseil scolaire de district catholique MonAvenir, will also walk off the job Dec. 11.

OSSTF President Harvey Bischof told CP24 they wanted this planned job action to be more limited than Dec. 4's, with participating boards geographically spread across Ontario to amplify their message.

Speaking ahead of the OSSTF announcement at Queen’s Park on Friday, Education Minister Stephen Lecce said he was made aware that the union was preparing an additional job action and found it to be “unacceptable.” 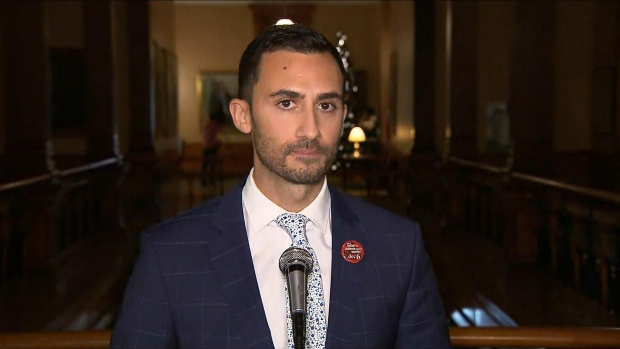 “In over 200 days OSSTF has not put forward any changes to their (initial) proposal,” Lecce said. “Student success should never be the casualty of union escalation.”

He claimed that to offer all teachers and education workers what OSSTF has asked for, a cost of living wage increase, it would cost the province $1.5 billion over three years. The union has disputed that figure and has said that they are seeking an adjustment to account for inflation, which sits around two per cent.

Lecce continues to ask that teachers accept a one per cent wage increase, saying they have decent salaries already.

“I am saying that one point to people who make on average $92,000 per year, is reasonable,” he said.

OSSTF President Harvey Bischof said the fact that bargaining began in March with the Ford government already imposing increased class size caps, mandatory e-learning and cuts to school boards, meant his union had to take a stand, even if it inconveniences parents and students.

Lecce said his offers to scale back measures such as increases to class size caps and halving the requirement for mandatory e-learning show the government is being reasonable, but Bischof said those proposals should have been introduced during, and not before bargaining began in March. 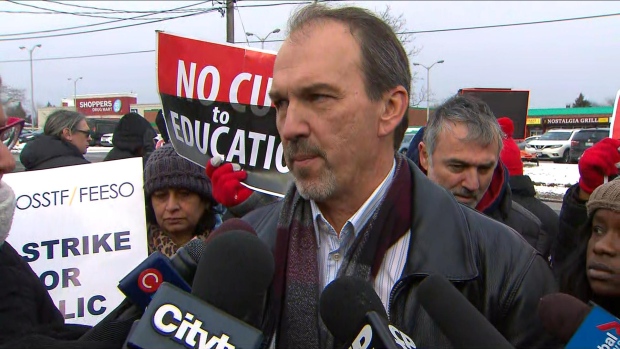 “The long-term damage this government will impose on the education system is far worse than what will arise from the actions we are taking,” he said.

NDP education critic Marit Stiles said that the education community as a whole did not ask for the changes the Ford government is making, and making less ambitious changes won't make a difference.

"This is not what we want for our children – for the government to say, we’ll make it a half a cut, well it’s still a cut, and they know that," she said.