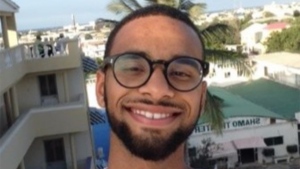 Ikar Mao is shown in undated an image from his LinkedIn page.

The RCMP say they have laid terrorism-related charges against a 22-year-old Guelph man following a national security investigation.

According to police, the suspect was taken into custody Friday morning at an RCMP detachment near Pearson International Airport.

"I want to reassure the citizens of the Greater Toronto Area and all Canadians, that our primary focus is the safety and protection of the public at all times," Chief Superintendent Michael LeSage said in a news release issued by the mounties.

According to police, Mao had travelled to Turkey and been held in custody there on terror-related charges connected to ISIS. However he was not convicted, police said. He returned to Canada on October 19.

Mao is a Canadian citizen who was born in Canada, police said.

The investigation that resulted in his arrest began in July, police said.

Minister of Public Safety and Emergency Preparedness Bill Blair told reporters Friday that he is aware of the investigation, but can’t comment on it.

“I am aware that the matter is being investigated thoroughly and independently by the RCMP,” Blair said. “I am also advised that charges have been laid with respect to that investigation and I’m not going to comment on any matter that’s gone before the courts.”

Mao appeared in a Brampton courtroom on Friday afternoon and will return for another appearance on Dec. 11 at 9:30 a.m.