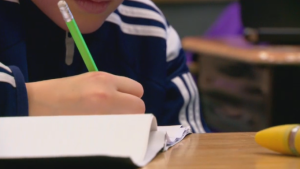 Ontario's sprawling northern and rural school boards are working to interpret the province's back-to-school plan for smaller communities, saying they don't yet have all the answers for questions that parents are asking.

But with a month to go before classes resume, she said those questions remain unanswered -- and they keep piling up given the unprecedented nature of the situation.

High schoolers in all but 24 boards are also to return to class full-time. Those 24 boards will see students attend only half the time, while doing distance learning for the other half.

Masks will be mandatory for students in Grades 4 through 12 and will be encouraged for younger kids.

The province is leaving it up to parents to decide on whether to send their kids to school for the term, or opt for remote learning as was done for the latter part of the last school year.

Shedden said it's difficult to develop a detailed plan without further guidance from the province and public health officials, which the board is still waiting on.

The board also needs to hear from parents about whether they'll be sending their kids back to class.

Once that happens, she said, they'll be able to tackle one of the biggest issues: busing.

Like other school boards outside big urban centres, the Trillium Lakelands District board covers a vast swath of land: roughly 11,500 square kilometres from the southern Kawartha Lakes up to Huntsville.

The board also runs buses for "co-terminus" boards -- Catholic school boards that cover the same ground.

That means students from different schools are sometimes on the same bus -- something the board is trying to figure out as it looks to minimize contact between students in different cohorts.

Things won't be much better if parents opt to drive their kids in to school, Shedden said.

"We don't have the infrastructure set up for lots and lots of parents coming in cars to drop kids off," she said. If kids aren't bused in, it could lead to a big lineup of cars waiting to drop off kids.

More than a thousand kilometres away, the Keewatin Patricia District School Board is grappling with many of the same questions.

Kim Douglas, president of the local elementary teachers' union, said she received more details about her board's plans on Thursday.

"When I went through that meeting, I knew it would be semi-good news," she said. "And if the government is able to provide even more funding then we'll feel even more confident, but we have no control over that."

She said her board plans to stagger busing and start times to minimize contact between students from different schools.

And while some teachers at her board -- French teachers especially -- teach in different schools throughout the day, she said the board wants to mitigate risk there, too. Those teachers will only teach in one class per school to minimize the number of students they come in contact with.

The Keewatin Patricia District board is in a better position than some others because their schools are older and have larger classrooms. Many schools have small classes due to sparse populations.

Douglas said she's taken comfort in the board's plan, and she hopes parents will too.

"There's no board in Ontario that wants to be the board that brings COVID into a community," Douglas said. "And our board certainly does not want that ever to happen. Their view is: safe re-entry for students and staff."