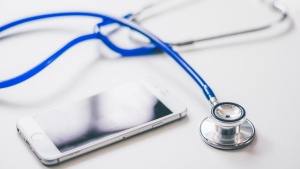 A stethoscope is seen in an undated file image. (Pexels)

The Scarborough Health Network (SHN) and the University of Toronto are being handed what officials describe as a “transformational gift” meant to bolster health care in the eastern GTA.

The $75-million donation is being provided by real estate developer Orlando Corporations to strengthen training and clinical care in the area.

The SHN will receive the lion’s share of the funding at $50 million, making it the largest donation in the network’s history.

About $25 million of that money is expected to support the region’s new Birchmount hospital, which is being redeveloped to include a larger patient bed capacity and include a new patient tower for critical care.

It will also house the “Orlando Corporation Emergency Department.”

“We are going to be able to do way more, provide better care in emergency departments and critical care and mental health in particular, so very excited about this.”

The remaining funds will also be used to establish the “Orlando Corporation Mental Health Centre of Excellence” and support “areas of greatest needs.”

The University of Toronto Scarborough will receive $25 million to support the construction of a new academy of medicine and integrated health, which will focus on training health-care professionals in the region.

The donations were made as part of the Love, Scarborough campaign, which was launched in early 2022 in an effort to garner donations for hospitals in the region after officials found it was underfunded compared to other areas.

A stethoscope is seen in an undated file image. (Pexels)