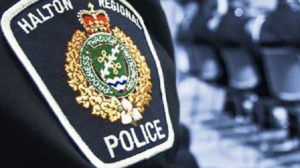 A security guard has been accused of attempting to extort and then sexually assaulting a woman at a residence in Oakville during a COVID-19 travel quarantine compliance check.

Halton police say that the suspect is employed by one of four private security companies that were hired by the Public Health Agency of Canada to conduct compliance checks under the Quarantine Act.

They allege that the suspect visited the victim’s home on Feb. 18 to conduct a compliance check, at which point he told her that she was in violation of the Quarantine Act and demanded that she pay a fine in cash.

Police say that when the victim refused to pay the fine, the suspect sexually assaulted her.

The 27-year-old suspect, whose full legal name according to police is Hemant, was arrested on Feb. 23 and charged with sexual assault and extortion.

Halton police say that it is possible that there are additional victims and they are urging “anyone who may have experienced something similar to contact their local police service.

Police are not disclosing the name of the security firm where the accused worked but say that he has been suspended.

He has been released from custody pending his next court appearance on March 23.