Spavor, Kovrig return to Canada after imprisonment in China 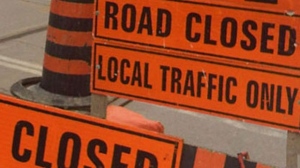 A portion of Bloor Street in downtown Toronto will be completely closed this weekend to allow for paving work.

The city says that Bloor Street will be closed in both directions from St. George Street to Avenue Road from 7 p.m. tonight until sometime Sunday morning.

The closure is part of a long-term construction project that has seen the city replace the watermain underneath Bloor Street from Spadina Avenue to Avenue Road over the course of the last year.

Drivers should, however, take note that Bloor Street will not be the only other major artery to avoid this weekend.

There will also be a number of closures in place as part of the city’s popular ActiveTO program on both Saturday and Sunday.

Those closures are as follows: