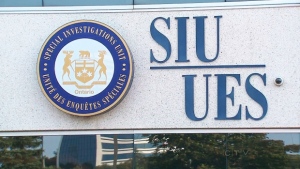 The province’s police watchdog is investigating the circumstances surrounding the death of a man in Mississauga last fall.

On Nov. 22, 2021, the Special Investigations Unit (SIU) says Peel police officers responded to a call about a man in his vehicle on Vanrose Street, at an unknown time.

Upon arrival, the officers reportedly saw the man unresponsive in his car and provided medical care until paramedics arrived, the SIU says.

The 47-year-old man was taken to hospital where he was subsequently pronounced deceased, the SIU says.

The cause of his death is unknown.

The SIU says they launched an investigation into the incident after Peel Police reported it to them on Sept. 16, 2022.

CP24.com has reached out to Peel police for a comment on the investigation.

Two SIU investigators have been assigned to the case.

The SIU investigates the conduct of officials that may have resulted in death, serious injury, sexual assault and/or the discharge of a firearm at a person.

Anyone with information, including video or photos, is being asked to contact the SIU’s lead investigator at 1-800-787-8529 or online.