SIU investigating death of man Tasered by police in Mississauga

The province's police watchdog is investigating the death of a man who was Tasered by police in Mississauga early this morning.

Police were called to Runningbrook Drive, near Tomken Road and Bloor Street, at around 3 a.m. for a noise complaint in the area, Special Investigations Unit spokesperson Monica Hudon said.

A witness told CP24 that a loud noise woke him and he saw a “large man practicing karate kicks” in the middle of his street shortly before officers arrived.

The witness told CP24 the man appeared to be at least six-feet-tall, weighing at least 300 pounds.

When officers arrived, they discovered a man in the backyard of a residence on the street.

“As officers were attempting to communicate with the man, a struggle ensued,” Hudon said.

Hudon said “several other use of force options” were used on the man before the conducted energy weapon.

Use of force options include verbal commands, striking with fists, or use of an expandable baton.

The man was rushed to hospital without vital signs but was pronounced dead about an hour later.

Hudon said the man was 30 years-old but did not name him.

Several police cruisers, three ambulances, and one fire truck all responded to the scene on Wednesday morning. 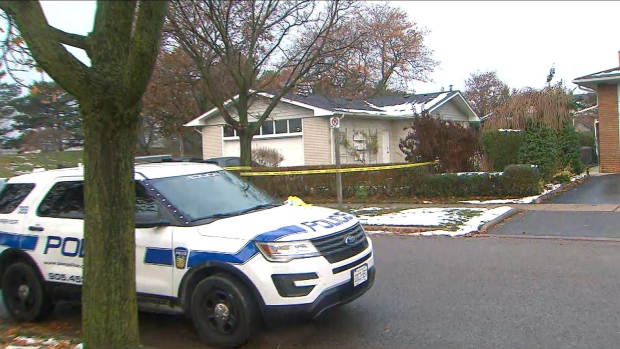 A large section of the street has been taped off by police for the investigation.

Roman Haruk, who lives in the neighbourhood, said he frequently sees people hanging out in a park near the area where the interaction took place.

“You would always see three or four (people)… they were mostly inebriated,” he said.

He said his dog alerted him to the incident earlier this morning.

“The dog started to bark at about three in the morning… So I got up to take a look to see what was going on,” Haruk said.

“Sure enough, we saw a group of people out here and a police officer, I guess, dealing with them. And then shortly after all the cruisers started pulling up.” 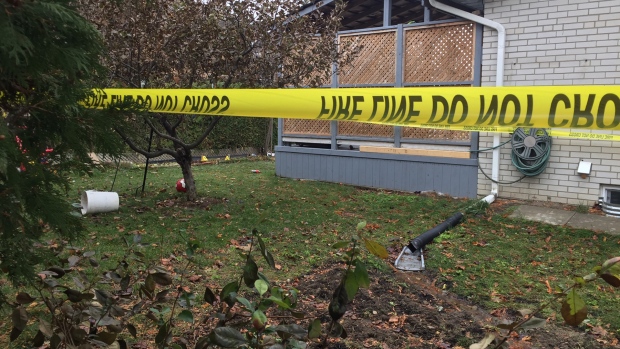 Hudon said no officers were injured in the encounter.

“At this time we want to hear from witnesses of their independent recollections of what occurred,” she said.

The SIU is an arm’s length agency called in to investigate whenever police are involved in an incident resulting in a death, serious injury or allegations of sexual assault.