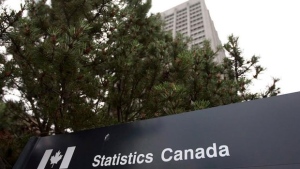 OTTAWA - Economic growth in Canada slowed over the last three months of 2019 for its worst quarter in three years, limping into 2020 and facing headwinds from trade uncertainty and the novel coronavirus outbreak.

Statistics Canada said Friday growth in the fourth quarter came in at an annualized rate of 0.3 per cent, its worst showing since the second quarter of 2016 when the economy contracted.

The federal agency also revised its reading for the third quarter down to an annual rate of 1.1 per cent compared with its initial report of 1.3 per cent.

Economists had expected annualized growth of 0.3 per cent in the fourth quarter, according to financial markets data firm Refinitiv.

The stumble through the final part of 2019 meant the economy grew by 1.6 per cent for the year, down from the two per cent mark it hit in 2018.

The GDP report comes amid worries about the novel coronavirus outbreak that began in China and its impact on the global economy and ahead of an interest rate announcement by the Bank of Canada next week.

The central bank kept its key interest rate on hold in January, but left the door open to the possibility of rate cuts in the future if weakness in the economy was more persistent than it expected.

There's a chance the bank may cut its trend-setting rate next week - a move aimed to make it more attractive for households to spend rather than save - if the COVID-19 outbreak worsens, CIBC chief economist Avery Shenfeld said.

A rate cut is “by no means a cure,” Shenfeld said in an interview.

“It would be a small Band-Aid on a major short-term problem, but nevertheless why not use the Band-Aid you have?”

Business investment contracted again, which may be a symptom of bigger concerns about the broader economic outlook around things like trade, said Brian DePratto, senior economist with TD Economics.

“You look into this year, we're seeing a lot of headwinds - the coronavirus is the obvious one,” DePratto said in an interview.

“We definitely could be in a stronger place as we look to some of those challenges.”

Statistics Canada said the softness in the fourth quarter of 2019 was a result of pipeline shutdowns, tough harvest conditions for farmers, an eight-day strike in November at CN Rail and an unrelated strike by auto workers in the U.S., as well as ongoing global trade tensions.

Offsetting the declines was an increase in household spending.

The Canadian Chamber of Commerce said in a release that the figures confirm the economy is in a slump, and used the release to urge the federal government for a better economic plan.

“The Canadian economy already entered 2020 in a soft spot before taking into account the significant impact of rail disruptions, Teck's withdrawal from its Frontier Mine project, and the looming global economic impacts of coronavirus,” Trevin Stratton, the group's chief economist, said in a statement.