Suspects sought after cars hit with rocks in Malvern 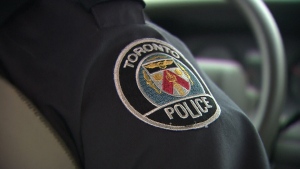 Toronto police are investigating after several cars in a Malvern neighbourhood were hit with rocks and were damaged earlier this month.

The incident occurred in the early hours of July 17. Police say a group of three to five people were seen travelling through the Wickson Trail area. One of the individuals may have been on a scooter or a skateboard.

The group allegedly threw rocks at car windows, shattering them.

Police say they are aware of at least seven damaged cars, but they believe there are more victims.

“If you are aware of any cars or other property being damaged in the Malvern area between July 16, 2021, and July 19, 2021, please contact 42 Division,” police said in a news release Thursday.

Police have not released any suspect information.