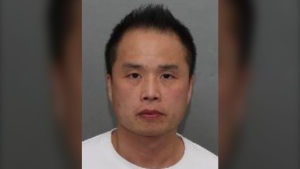 Another three charges related to the second student have been withdrawn.

The charges were set to be tried separately from the ones he was convicted on last week.

Lim was found guilty last week of 10 charges, including sexual assault and sexual interference, in connection with a series of incidents involving a high-level athlete who trained with him at the Black Belt World martial arts studio in Toronto.

Neither complainant can be identified due to a publication ban.