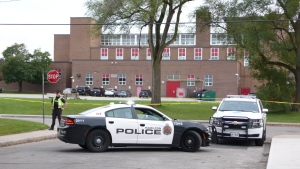 One of two suspects charged in connection with the stabbing death of a 14-year-old-boy last year in Hamilton, Ont. has pleaded guilty to a charge of possession of a prohibited weapon.

The 18-year-old suspect, who was carrying brass knuckles on the day of the incident, received a suspended sentence and 15 months of probation for the guilty plea. The charges of assault with a weapon and administering a noxious substance he was also facing were withdrawn.

Devan Bracci-Selvey was stabbed in front of Sir Winston Churchill Secondary School around 1 p.m. on Oct. 7, 2019.

Bracci-Selvey had reportedly called his mother to ask for help moments before the stabbing, stating that a group of teenagers was bothering him. His mother said she was pulling up the school when she witnessed her son being stabbed. She was at his side when officers arrived at the school to transport him to the hospital, where he later died.

Two suspects, an 18-year-old male and a 14-year-old male, were charged with first-degree murder in connection with the incident. Neither can be identified due to a publication ban in place on the 18-year-old and the Youth Criminal Justice Act protecting the identity of the minor. 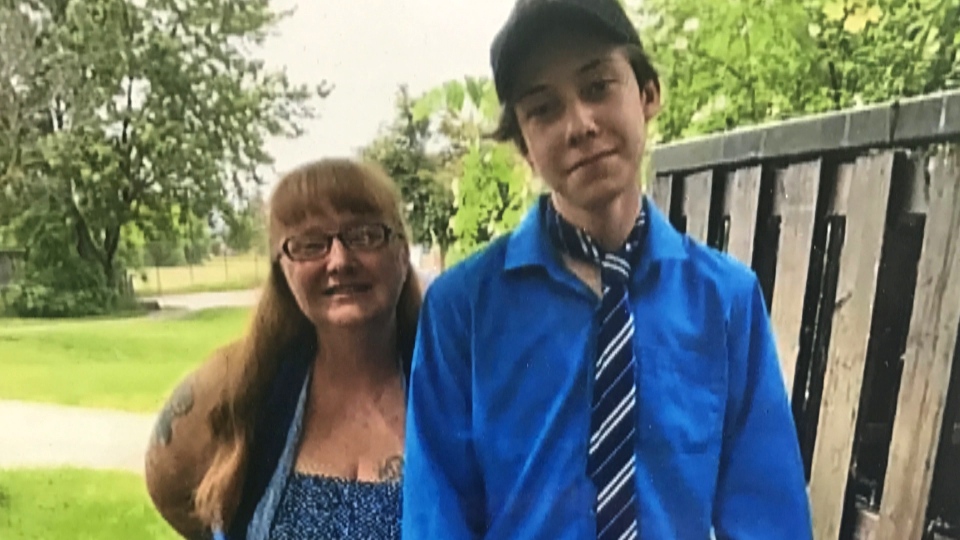 Two months later, the charge against the 18-year-old suspect was reduced to assault with a weapon, possession of a prohibited weapon and administer a noxious thing, Hamilton police said at the time.

The first-degree murder charge against the 14-year-old suspect still stands as well as additional charges laid against him including assault causing bodily harm, forcible confinement and uttering threats, in relation to a previous incident involving another victim.

Family ‘not satisfied’ with sentencing

Speaking to reporters following the hearing, a member of Bracci-Selvey’s family underscored that the court proceedings Friday did not go “exactly as we planned.”

Bryan Allen, who is a cousin of the family, said that they are “not satisfied” with the sentencing, while acknowledging that he can’t speculate as to what the judge was thinking.

“I understand, as an outsider, I get it,” Allen told CTV News Toronto. “But for the family, no it’s very painstaking and it hurts. It hurts me.”

Allen also said that he felt that the 18-year-old suspect failed to show remorse during Friday’s court appearance.

“It was like just another day in their life where they don’t experience what we as a family, and what my cousins, have gone through. It’s very frustrating,” Allen said.

However, Allen said that Friday’s proceedings represent “one battle” and that the family is looking to “win the war.”