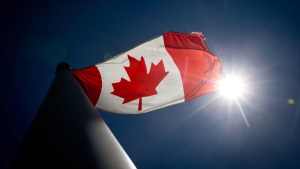 The last decade in Canada has been one of seismic social changes. We've changed how we talk about gender, global politics, drugs and what it means to be a Canadian.

Here's how the discourse has evolved around several topics that define this country and the people who live here:

The addiction epidemic started with the over-prescribing of opioids near the start of the decade and worsened with a supply of synthetic street drugs like carfentanil and fentanyl, which only need tiny amounts to trigger a deadly overdose.

"The opioid crisis is without a doubt the single biggest public health crisis of our generation," said Benjamin Perrin, the author of "Overdose: Heartbreak and Hope in Canada's Opioid Crisis," a book set to be released next year about the epidemic.

Recent figures from the Public Health Agency of Canada show nearly 14,000 people have been killed by opioids since 2016, and Perrin said approximately one person dies from an overdose every two hours.

In an interview with The Canadian Press earlier this month, Prime Minister Justin Trudeau vowed to do more to combat the crisis, including creating more supervised consumption sites and giving doctors more authority to prescribe alternatives to street drugs.

However, he said that decriminalizing all drugs isn't the 'panacea' to the crisis.

In 2011 a Toronto couple sparked a frenzy when they decided not to reveal the sex of their baby, Storm.

"The level of vitriol was outstanding," said May Friedman, a professor specializing in gender identity at Ryerson University, noting people lashed out in person and online at the couple.

"I still wouldn't say it's a common move, but in downtown urban centres it's not completely outlandish like it was perceived as being in 2011, which was really not a long time ago."

Friedman said there was a clear tipping point in the middle of the decade where trans and gender fluid people were visible enough in media and where being trans, and lessening the importance of gender norms to your children, stopped being considered a radical idea.

Today, people put their pronouns in their email signatures, and many bathrooms make a point of welcoming anyone who identifies as a man or woman to use them. Some places drop gendered washrooms altogether.

But Friedman said there's still progress to be made, especially when it comes to transgender people of colour, who may not always be as visible or represented in the media as white LGBTQ people.

When "Thank Me Later" came out in 2010, few could have known that the Canadian artist -- described at the time on review site Pitchfork as "emo-y" -- could have become one of the world's most dominant artists. He was the most-streamed artist of the decade on Spotify, and his music helped put Toronto on the map as a city with a hip-hop identity.

"Perhaps above all, however, is his ability to appeal to a wide variety of fans who might identify with various aspects of his multi-faceted persona," said Ken McLeod, an associate professor of musicology at University of Toronto.

"Over the past decade where streaming services have broadened musical tastes, and where ethnic and musical diversity are increasingly valorized, he metaphorically sits in the middle of a cultural and stylistic Venn diagram."

Home prices have more than doubled since the start of the decade, outpacing income by a large margin and putting home ownership out of reach for many young people in two of Canada's biggest cities, says John Pasalis, president of real estate site Realosophy.

Back in 2010, Pasalis estimates housing prices in Toronto were about five times more than average yearly income, whereas now they're roughly eight times more. He said the situation is similar in Vancouver.

Market control measures from governments have had mixed impact. Pasalis said in Toronto, a mortgage stress test led more people to buy condos and vastly inflated their pricing. In Vancouver a foreign buyer's tax has softened the market, but prices there are still sky-high.

Madness appeared to spread across Canada over the Raptors' 2019 playoff run. When the Raptors started their finals series against the Golden State Warriors, thousands of people across the country crowded into dozens of outdoor screenings.

But it took much of the decade to build such fanfare -- after all, in 2011 the Raptors finished with the second-worst season record in the Eastern Conference.

General Manager Masai Ujiri made gutsy moves towards building the team, firing head coach Dwane Casey and to sending DeMar DeRozan to San Antonio in a trade that got Toronto the superstar that is Kawhi Leonard.

The Raptors' feverish playoff following indicates that basketball is beginning to rival hockey as the nation's most popular sport, said Laurel Walzak, a sport media assistant professor at Ryerson University.

But the lasting memory will be of the Raptors' playoff run, and more than a million fans celebrating their championship in Toronto in June.

The last decade has cemented the possibility of China becoming the world's dominant economy, and the implications of that haven't been lost on Canada.

The two Canadian prime ministers this decade have had vastly different approaches to relations with the East Asian country, said Lynette Ong, a University of Toronto professor specializing in Chinese politics.

"The Harper government did not have China as a priority either as a trade partner or in foreign policy. Trudeau's government, in his first term, swung the pendulum in the other direction with strong engagement with China," said Ong.

Canada has recently been caught in the middle of a controversy with China after carrying out the arrest of Meng Wanzhou, chief financial officer of telecom company Huawei, at the request of the U.S.

China then detained two Canadians, Michael Spavor and Michael Kovrig, in what was widely seen as retaliation for the arrest of Meng.

Despite current tensions, Ong sees potential benefits in the rise of China.

"There is a great deal of complementarity between the two countries, and hence significant scope of gains from trade," she said. "If we are able to effectively manage the risks, Canada stands to gain a lot from trading with China."

This report by The Canadian Press was first published Dec. 28, 2019