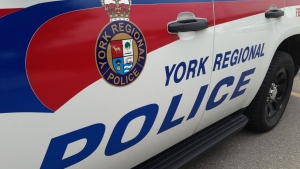 Police have arrested a masseur who is alleged to have sexually assaulted a client during a session in Thornhill earlier this month.

York Regional Police say that they began an investigation on June 17 after first learning of the allegations.

They say that the victim was receiving a massage at the DC Wellness Centre on Times Avenue on June 9 when she was allegedly sexually assaulted.

Guohua “Tony” Xie, 60, of Markham, has been charged with one count of sexual assault in connection with the incident.

Police say that the accused is licensed as a holistic practitioner with the City of Toronto and may work at other locations throughout the GTA.

They say that investigators believed there may be additional victims who have not yet come forward.