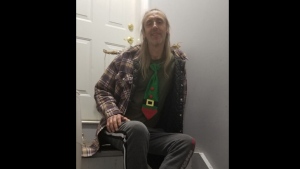 Dalibor Dolic, 55, is shown in a police handout image.

Toronto police say the homicide unit is investigating after a man died in a community housing building.

Police say special constables were conducting a well-being check on Sunday afternoon when they found the man inside an apartment.

They say he was pronounced dead at the scene.

He's since been identified as 55-year-old Dalibor Dolic.

Police say his death marks the city's 74th homicide of the year.

They're asking anyone with information that could help the investigation to come forward.

Dalibor Dolic, 55, is shown in a police handout image.