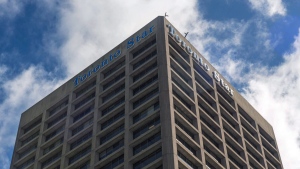 Torstar spokesperson Bob Hepburn confirmed the appointment of the Metroland newspaper group president in an email to The Canadian Press.

He adds that the company has "parted ways" with Marina Glogovac, who joined the Star as its president in June.

Her departure and Oliver's appointment come after the company announced Star publisher Jordan Bitove had taken sole control of Torstar on Thursday, following a tense dispute between he and co-owner Paul Rivett.

The two had been in mediation and then arbitration since September, when Rivett sought a court order to wind up the company, saying his business relationship with Bitove had sustained "irreparable" damage.

This report by The Canadian Press was first published Nov. 25, 2022.

Torstar holds an investment in The Canadian Press as part of a joint agreement with subsidiaries of the Globe and Mail and Montreal's La Presse.