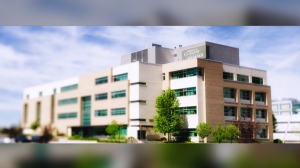 A photo of University of Guelph-Humber's north Etobicoke campus. The post-secondary institution planned to move the campus to Brampton, but the plan has been scrapped. (UofGH photo)

Plans to relocate University of Guelph-Humber’s (UofGH) north Etobicoke campus to Brampton have been scrapped.

The campus was to be located downtown in a new, yet-to-be-constructed Centre for Innovation (CFI), which the City of Brampton described as “an iconic gateway building that will offer a new central library, collaborative space for postsecondary institutions and office space.” University of Guelph-Humber would have been CFI’s anchor tenant.

The post-secondary institution shared the news with Mayor Patrick Brown and members of members of Brampton City Council in a Oct. 6 letter obtained by CP24. University of Guelph-Humber has since posted the letter on its website.

“After careful deliberation, the University of Guelph and Humber College are writing to inform you that, effective immediately, we are withdrawing from discussions with the City of Brampton to explore the relocation of the University of Guelph-Humber to the planned Centre for Innovation,” the letter, signed by President and Vice-Chancellor Charlotte Yates and President and CEO Anne Marie Vaughan, read.

Unresolved “space constraint issues” were cited as the main reason why the UofGH is pulling out of the project.

The post-secondary institution said this concern was brought up in a March 31 letter to Brampton City Council, but because a resolution has yet to be determined, they “no longer see the CFI as a timely or viable option for the relocation of Guelph-Humber.”

“Timing is critical for us, as we are entering a new recruitment cycle. Current students, and those who are considering attending the university in the fall, as well as employees, must have certainty about where they will study and work in the coming years,” said Yates and Vaughan, who thanked Brown, Council, and city staff for their “initial interest” in welcoming the school to their city. They also expressed their gratitude to the people of Brampton for their “interest and support of this exploration.”

The post-secondary institution acknowledged that efforts were made by both parties to “find additional space to deliver the high-quality student experience of a comprehensive university that meets the standards of Guelph-Humber and its parent institutions,” but in the end they were unsuccessful.

CP24.com contacted Brown for comment, but we have yet to hear back.

Brampton mayoral candidate Nikki Kaur’s campaign said UofGH’s decision to pull out of the project is due to the “dysfunction and chaos of Patrick Brown’s tenure.”

“…his focus on his leadership race and all the fallout, got in the way of the city's business and Guelph and Humber have now bailed,” they wrote in an email to CP24.

The City of Brampton is currently in discussions with Toronto Metropolitan University to construct a medical school and cybersecurity research/innovation centre in the city. They’re also exploring options to expand Algoma University’s Brampton campus.