The CNE returns this Friday in full force and with it, a slate of carnival-worthy foods sure to shock and amaze your taste buds. 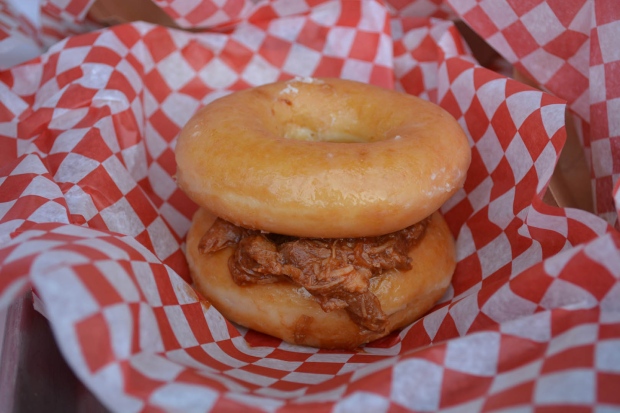 If you want to enjoy fully, it’s best to pretend you have no idea what a calorie is. Nobody is giving out exact nutritional info, but as one vendor says, his treat is likely the equivalent of “10,000 steps at The Ex.”

Accounting for the same inflationary pressures hitting everyone, treats can be a little steep this year, running anywhere from around $4 for a deep-fried snickers bite to $20 for a light sabre cotton candy (Though you do get a toy to keep out of that deal). Some treats haven’t been priced yet. 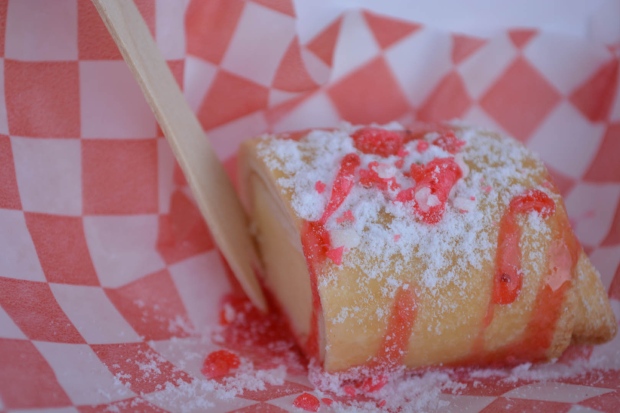 But what’s a Carnival without a few outrageous snacks? Here’s a rundown of some of the offerings this year:

A giant mozzarella stick for the ultimate cheese lover. If you doubt you’re getting enough cheese for your buck, just try stretching it out. 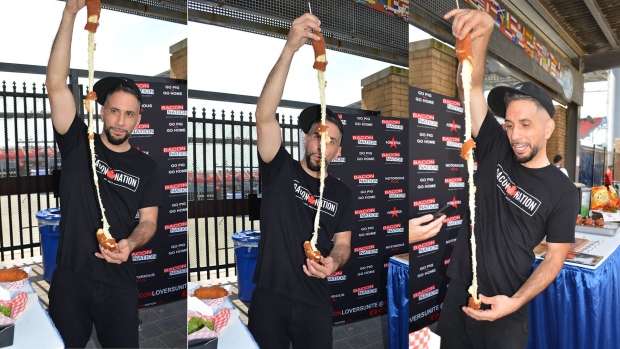 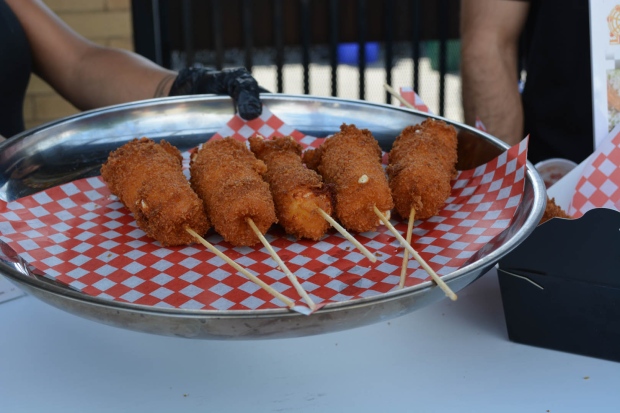 Candy bar lovers can’t go wrong with this one. It’s a familiar snack, coated in pancake batter and deep fried. 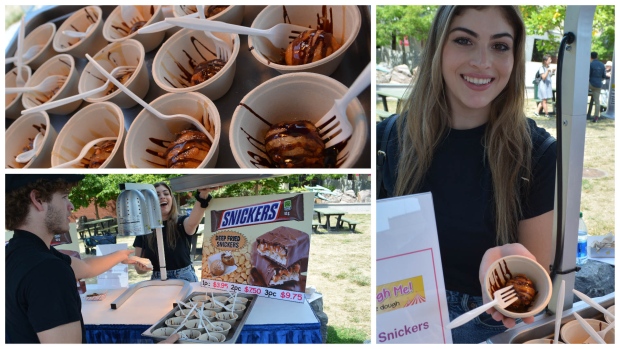 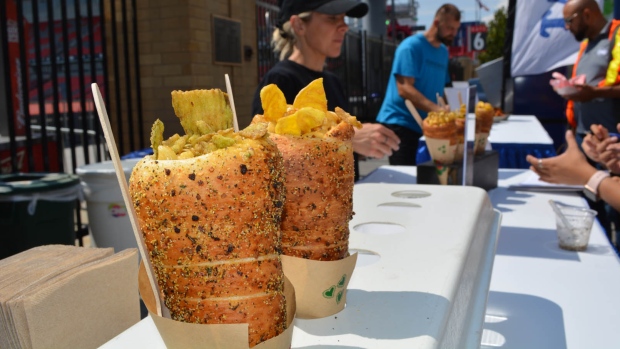 Another variety comes with jerk mac & cheese with crispy plantains and jerk aïoli. 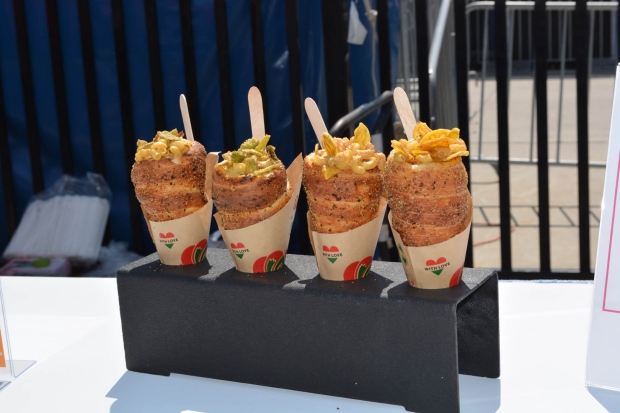 Combining a croissant and a waffle, this dessert comes topped with soft ice cream options such as tiramisu, Oreo, chocolate banana or fruit. 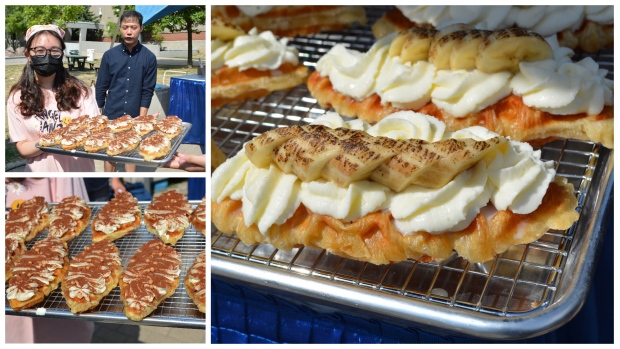 Those with brave taste buds can try any one of three new creations featuring Flamin’ Hot Cheetos. 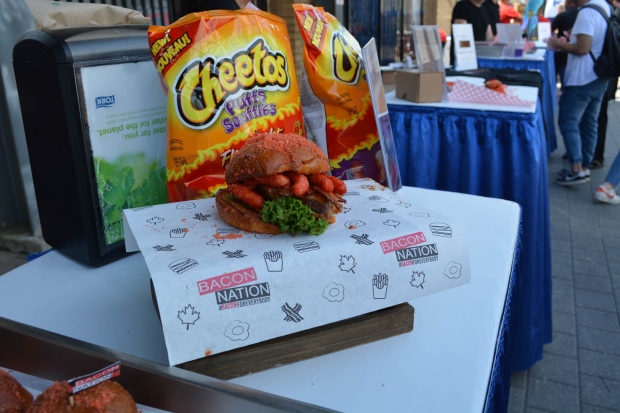 There’s a cheeseburger with extra thick bacon and Cheetos smothered between two red hamburger buns, themselves made from Flamin’ Hot Cheetos. 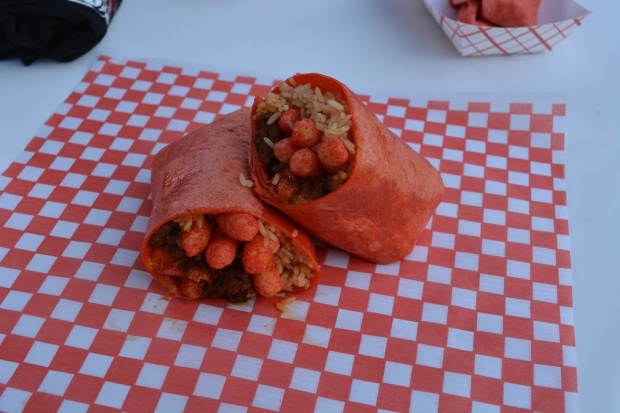 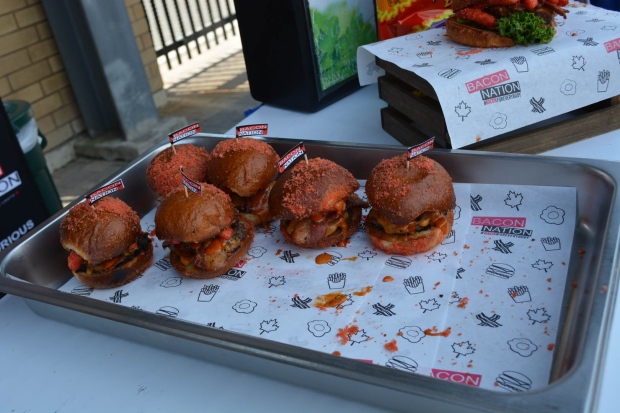 Billed as a battle of the condiments in soft serve form, this creation features a sweet and savoury twist on ice cream, with soft serve flavoured as everyone’s favourite BBQ toppings. Appropriately, it comes with a pretzel or fries. 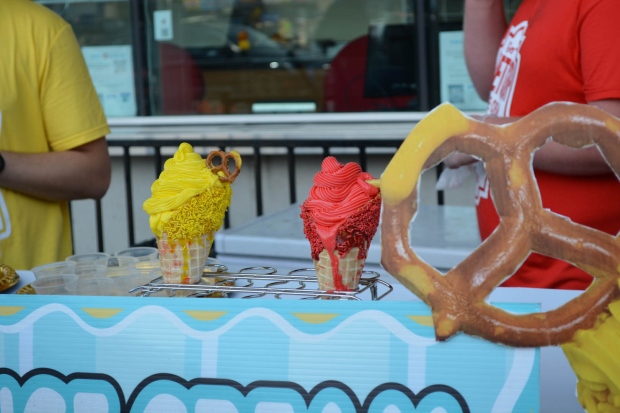 If you can overcome your scepticism about touching sorbet with Tabasco sauce, you may discover that this treat’s creators are onto something. You can choose from peach mango spiced ice cream or black currant spiced sorbet kicked up with Tabasco sauce. A nitro Matcha green tea and nitro coffee floats are also on offer. Toronto Argos players hungry after practice approve! 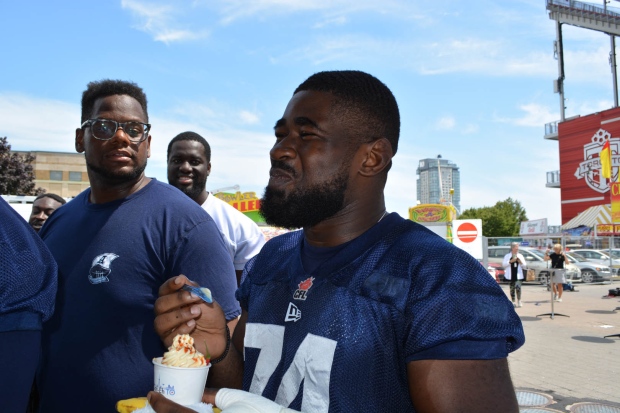 You may find yourself surprisingly refreshed by a tall glass of spicy pickle lemonade if you’re walking around in the hot sun at this year’s CNE. Building on 2019’s pickle lemonade, the creators have spiced up this drink by adding some Tabasco and savoury spices. 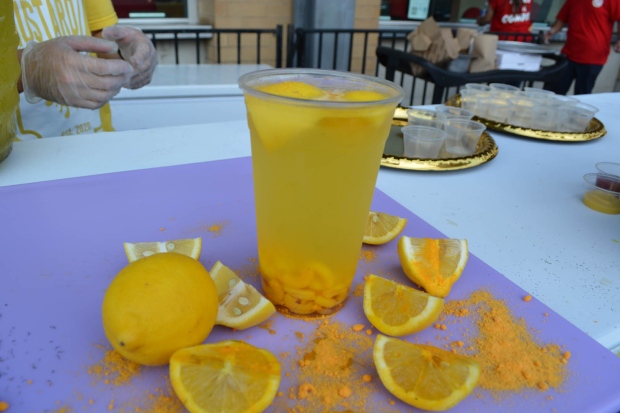 But, they say, the ”pièce de résistance” this year is the Mac & cheese lemonade. It’s what it sounds like, lemonade with mac & cheese in the mix. (The Mac and cheese is added just before it is served)

This offering made waves at the Calgary stampede this year. An “elevated corn dog” this meal on a stick is made with hotdogs spliced at the ends to resemble a squid, wrapped in mozzarella and rolled in inked batter and Panko crumbs before being deep fried. 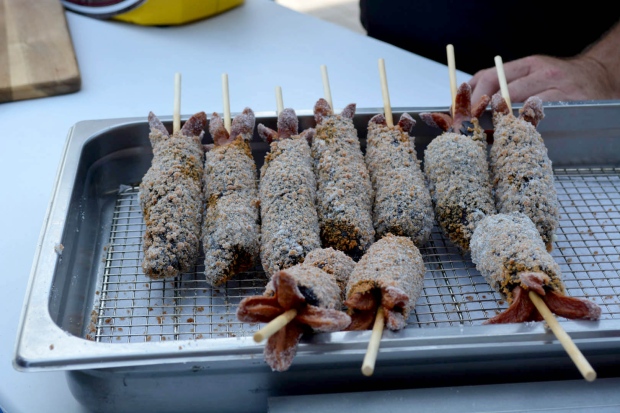 “Luke, I am your fair food….” Featuring blue cotton candy wrapped around a light sabre toy which actually lights up, this treat is best viewed at night. (Though the cotton candy remains fun to eat at any time) 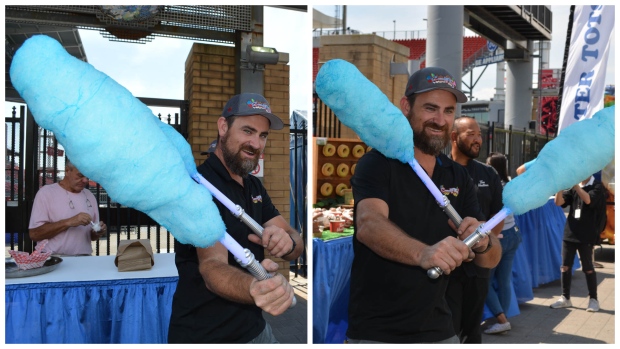 Turns out that cheese and breakfast cereal makes surprisingly good allies. The CNE’s original Deep fried cheese curds are still on offer this year, but it’s creators have added another offering with a twist. 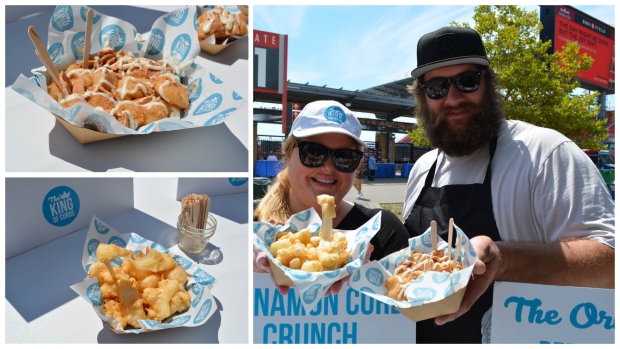 Tim Horton’s has several twists on some of their favourites this year, just for the CNE. You can try a Cookies and Cream Timbits Poutine, Birthday Cake Poutine or a Chocolate Lover’s Poutine (No meat in these treats. The “gravy” is whipped cream). 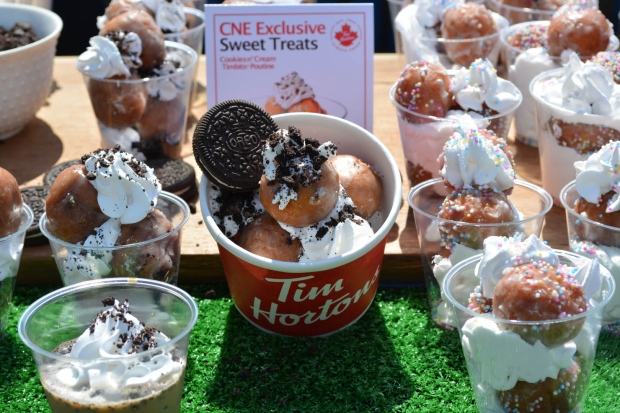 There’s also an Oreo Ice Cap this year, as well as a few treats you will find at Tim’s Urban Café locations, such as the matcha coconut donuts and vanilla matcha croissants. 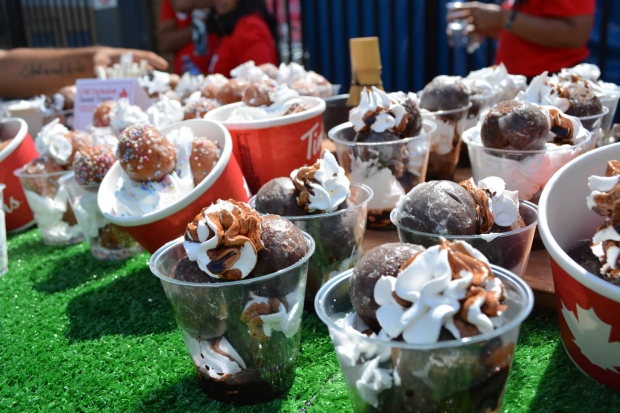 If you’ve had a hankering for an all-beef hotdog covered with aged cheddar and topped with caramel popcorn, look no further! Vegetarians can enjoy the plant-based hotdog option. 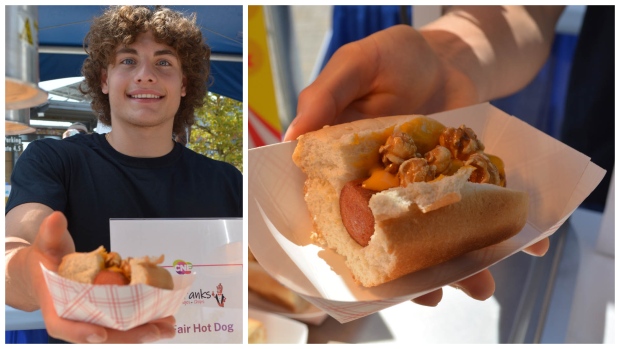